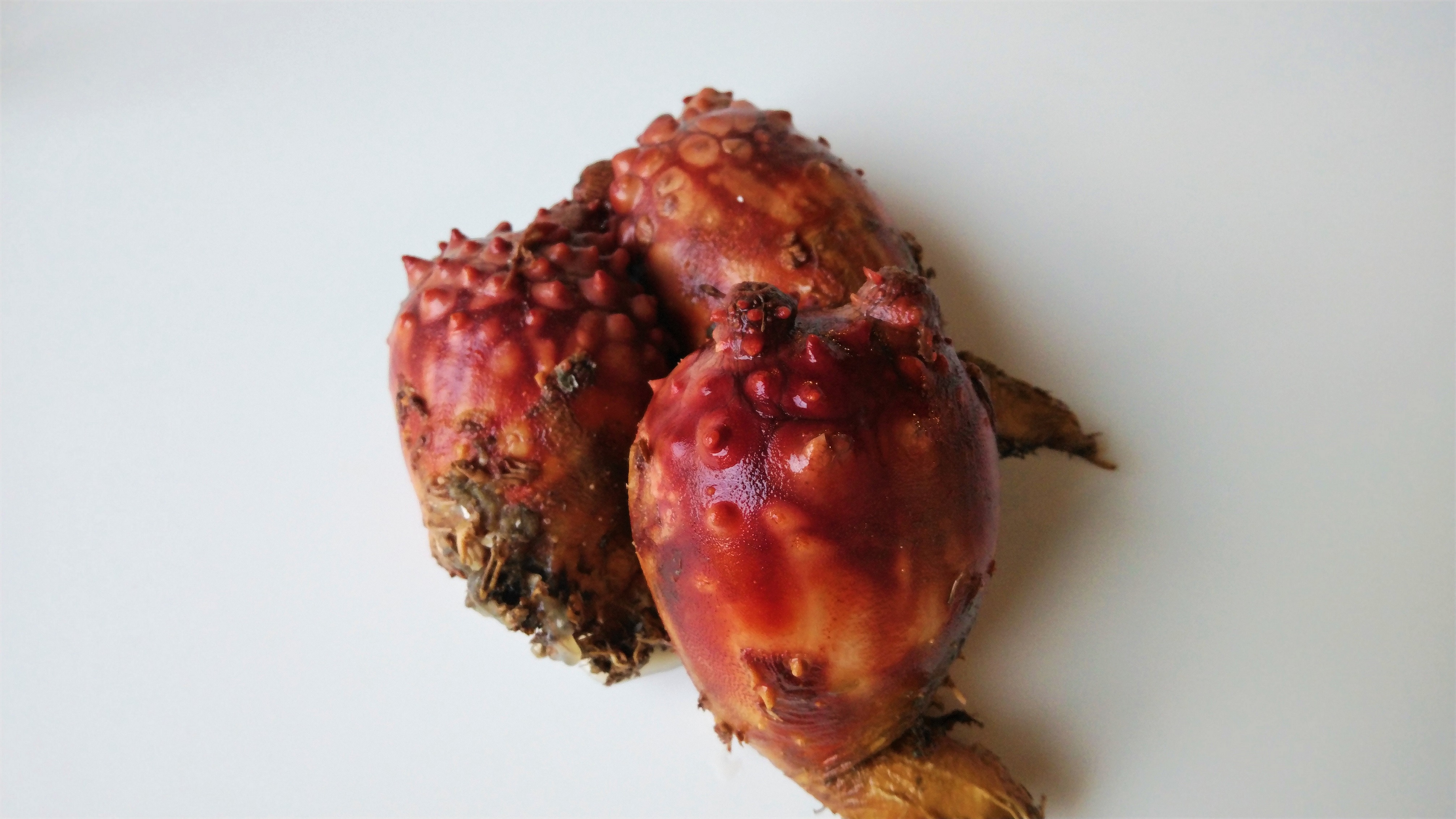 Sea pineapple, or hoya, is a rare marine produce found mostly in the northeast of Japan. It is popular as a summer delicacy in Aomori, a perfect appetizer to accompany a summer drink.

Sea pineapple can be found attached to rocks and stones on the coast. Its name, sea pineapple, comes from its pineapple-like shape. In Japan, it is harvested in the Northeast and the Hokkaido region. Though there are over 2,000 types of sea pineapples in the world, only a few countries including Japan, Korea, Chile, and France share the custom of eating sea pineapples.
“Enjoy hoya when wisteria blooms” or “eat hoya with cucumbers”are a few of traditional sayings about sea pineapples, which reaches its peak season between May and August.

The two types of sea pineapples eaten in Japan are the mahoya and akahoya. In Aomori, the mahoya dominates the market.

Mahoya – Covered in bumps, the mahoya is yellowish orange and has a distinct flavor and fragrance.
Akahoya – With no bumps, the akahoya is larger than mahoya, featuring a red flesh that is easy to enjoy.

Sea pineapple is often served at Japanese bars in the early summer and it is a favorite among locals as a companion to sake.

The Life of Sea Pineapple 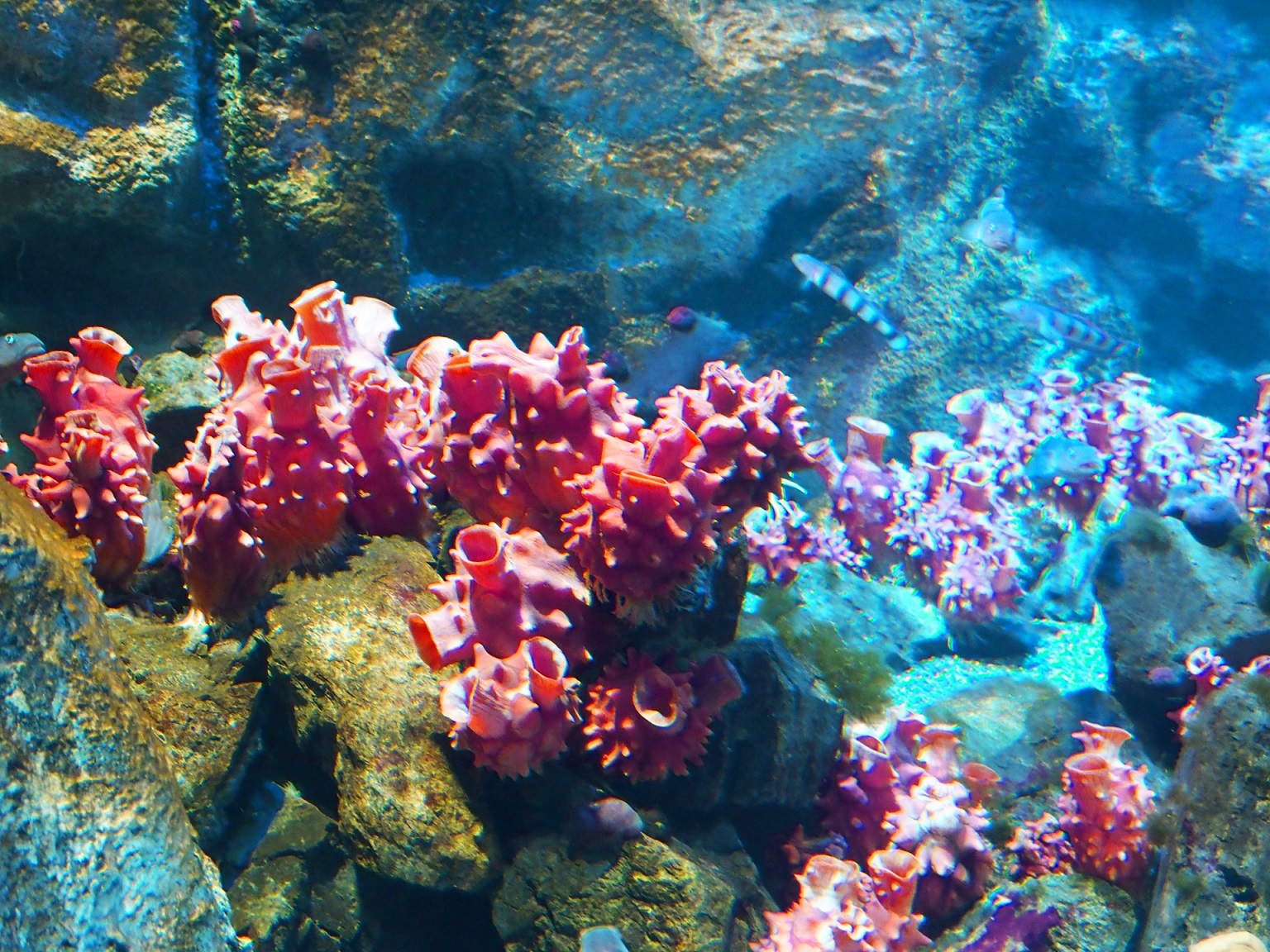 The Rarest Delicacy of All

The pungent ocean flavor in addition to the strong umami and astringency makes the sea pineapple the ideal candidate for being a favorite, or in some cases the least favorite seafood. Sea pineapple is said to be unique in that it has all five tastes humans are able to detect – sweet, sour, salty, bitter, and umami.
Sea pineapple is a versatile ingredient and can be eaten raw as sashimi, steamed, dried, or in broth.

How to eat Aomori “Hoya”

How to prepare a sea pineapple

The majority of the “hoya,” or sea pineapple comes from Tohoku and Hokkaido region. Long loved by the locals in Aomori, it is a must-eat dish when drinking sake. This early summer dish which combines “hoya”and the mountain vegetable “mizu” is considered a soul food for the people in Aomori. 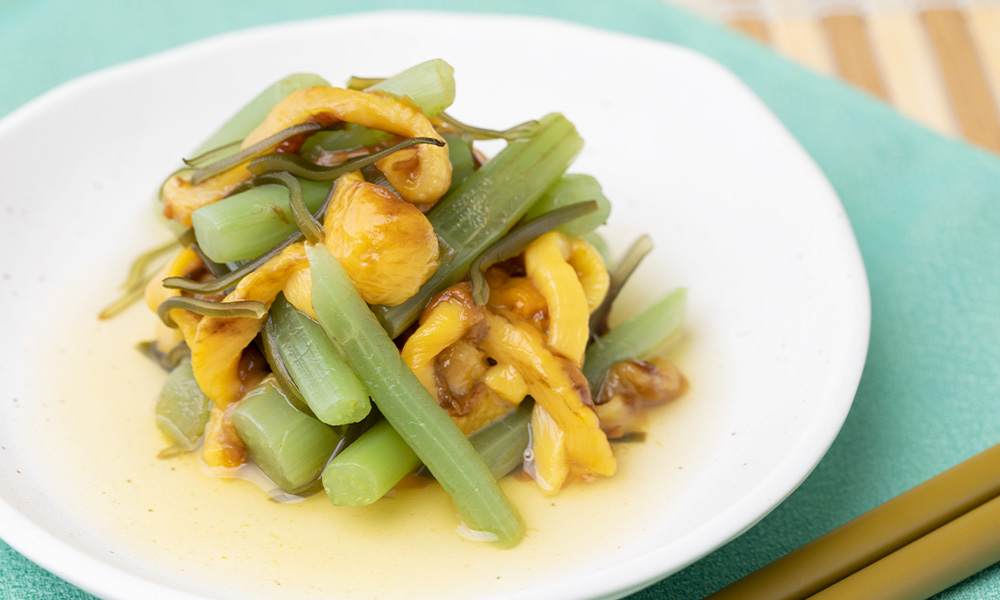 Other Ways to Enjoy “Hoya”