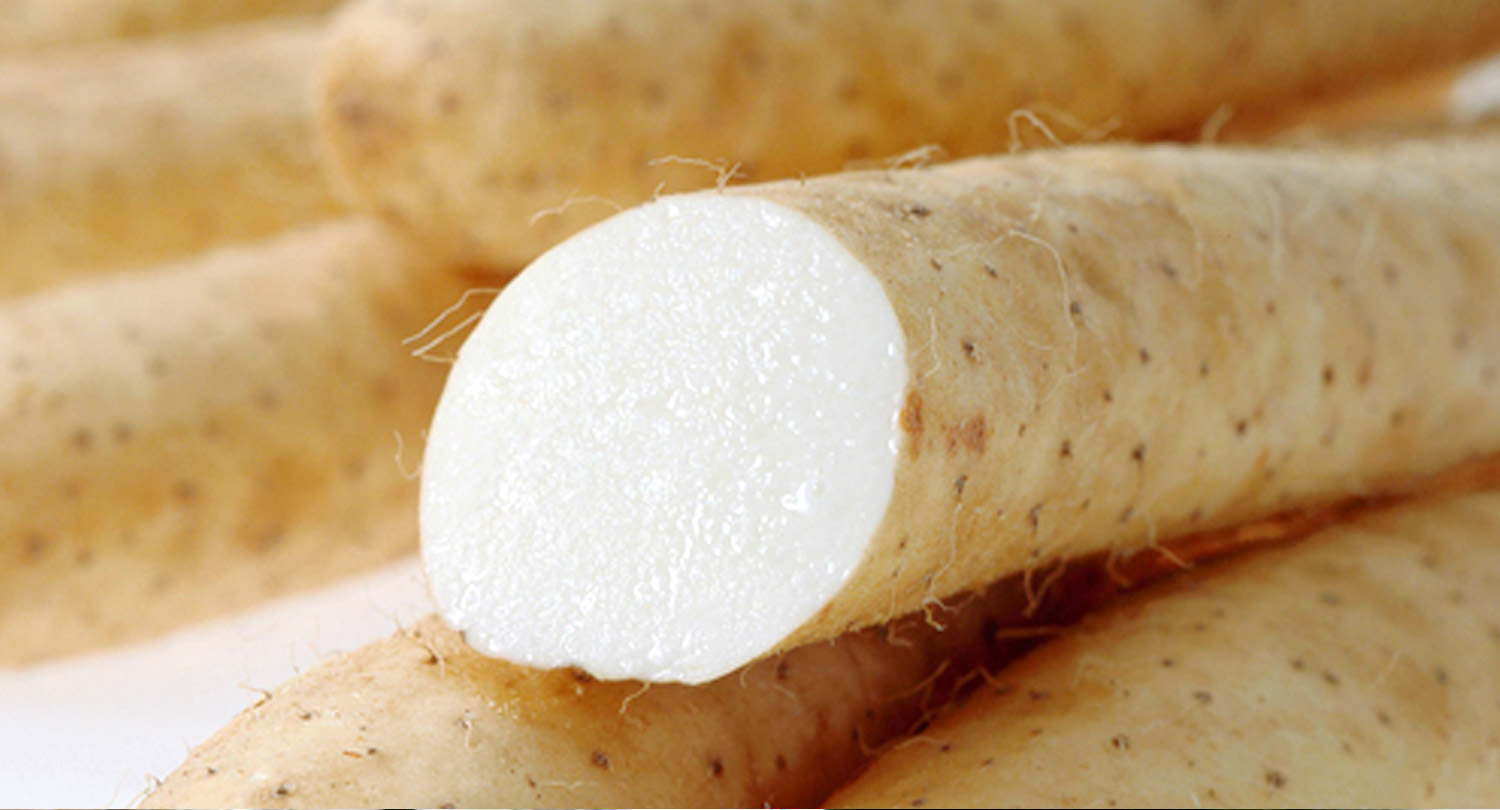 Aomori prefecture is one of the main producers of nagaimo, accounting for approximately 40 percent of the domestic market. Nagaimo is mainly farmed in the eastern Nanbu region, specifically in Towada city, Misawa city, and Tohoku town. The Nanbu region is susceptible to cold weather damage due to the Yamase wind (cold wet easterly wind) that blows in from the Pacific Ocean. As a result, the Nanbu region has become the major farming area for cold resistant root vegetables such as nagaimo, garlic, and burdock root. 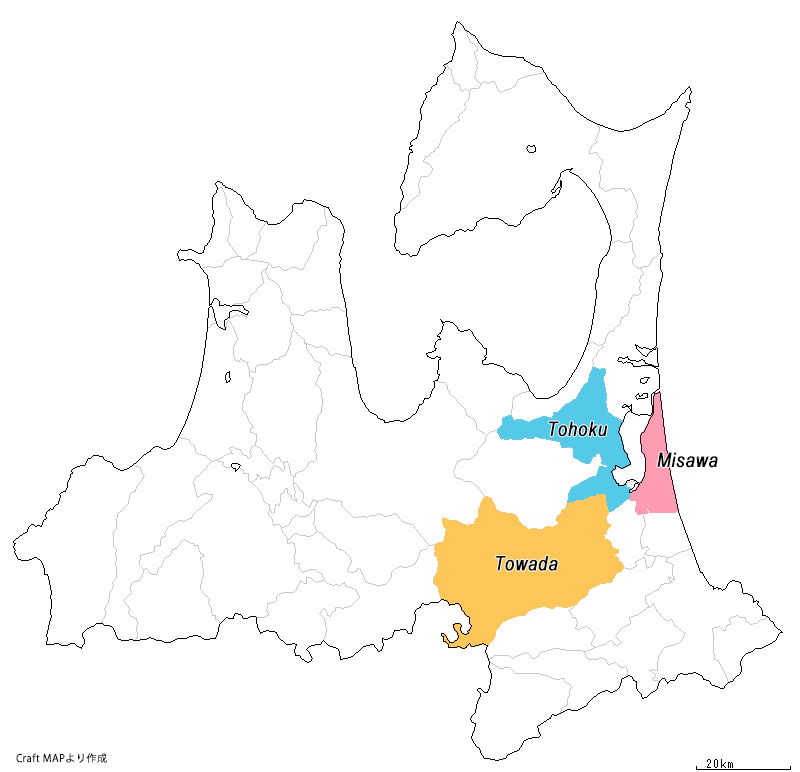 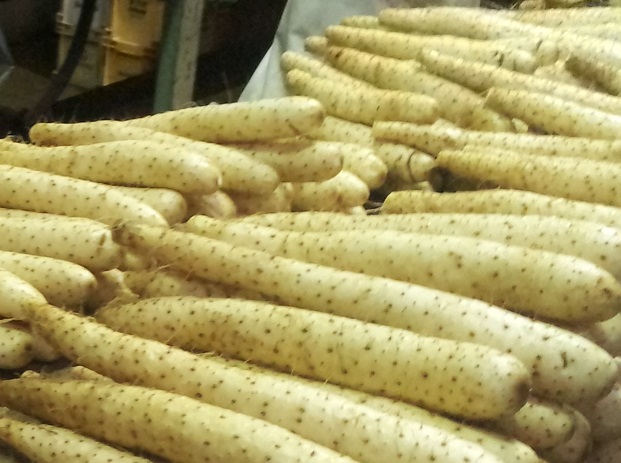 The main Nagaimo variety produced in Aomori is “Ganku-mijika,” which was developed in Aomori. “Ganku” means neck, “mijika” short, referring to the short and stout root of the variety. The Aomori Nagaimo features bright white flesh, with high viscosity, silky texture, and very little harshness. It is highly regarded for its quality both domestically and internationally, being exported abroad to destinations such as the U.S. and Taiwan.

Autumn and Spring Crops – Cultivation of Nagaimo in Aomori

Planting of Nagaimo in Aomori takes place in May, with two harvesting seasons. One of the seasons is in Autumn before the first snow (November – December) and the other is in spring after the snow has melted (March – April).
The autumn crop has a ripened freshness, whereas the spring crop has a pronounced sweetness and flavor having matured through the cold winter.
While the harvest season for nagaimo is from November to December and from March to April, with the utilization of cold storage facilities, Nagaimo is available on the domestic market throughout the year . 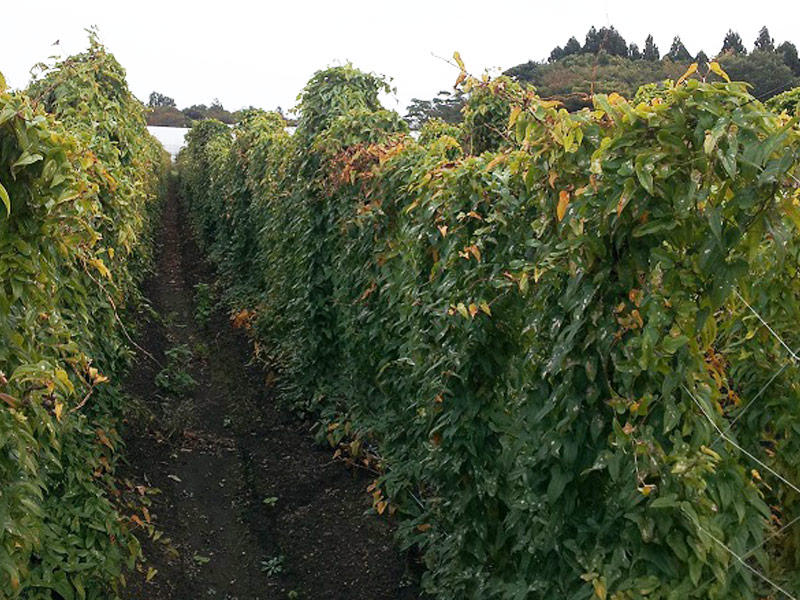 Nagaimo has long been consumed for its nutritional value. It contains high levels of the digestive enzyme amylase, which aids in the digestion of foods that are eaten together. Other functional ingredients include dioscorein A, vitamin B1, and lectin. 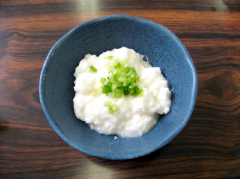 How to Choose Nagaimo 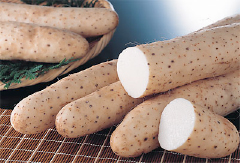 How to Eat Nagaimo

Unlike most potatoes, nagaimo can be consumed raw thanks to digestive enzymes such as amylase. Nagaimo is excellent raw, boiled, baked, or steamed. Depending on how it is cooked, you can enjoy different textures from crispy to fluffy.

How to Preserve Nagaimo

For a whole nagaimo, wrap in newspaper and store in a cool, well-ventilated place, making sure it does not freeze during the winter. Cut pieces should be wrapped and refrigerated so that the cut ends are not exposed to air.
Nagaimo can also be frozen. Peel and cut into bite-size pieces and freeze, or grate and freeze. Thaw naturally and serve as needed.

How to Prevent Skin Irritation

The calcium oxalate in the skin of the nagaimo may cause itching on the hands.
Wet your hands with vinegar water before cooking to prevent itching.

How to Prevent Discoloration

Oxidized polyphenols in nagaimo cause discoloration. To prevent discoloration, soak cut nagaimo immediately in vinegar water or add a few drops of vinegar to grated nagaimo.