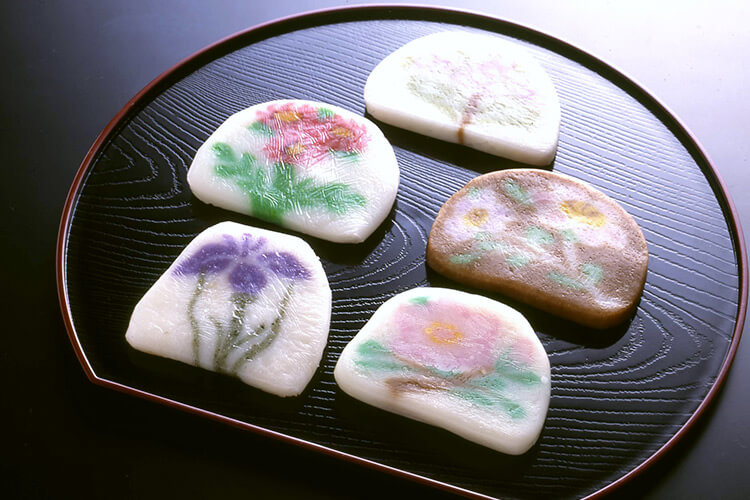 Beko-mochi is a type of Japanese confectionery. There are various theories as to the naming of beko-mochi. The name beko-mochi may have come from how similar the mochi looks to the back of cows, locally called beko. Another theory states that the mochi’s black and white color resembled the black and white pattern on cows. There is also the theory that the naming comes from the brown color, bekko, from caramelized sugar.
In the town of Oma, beko-mochi are made for a second celebration of the Boy’s Festival on June 5th. Also called “kujira-mochi,” they represent the wishes for children’s growth and prosperity.
In the past, beko-mochi was a simple black-and-white mochi with designs such as spirals and bundle of straws. Today, natural coloring is used to make pink, green, and purple parts, that are put together to make a half-moon shaped log. When cut, each slice shows the beautiful designs of flowers such as camellias, iris, wisteria, and pine. It is a highly artistic confectionery that makes you hesitate from taking the first bite. 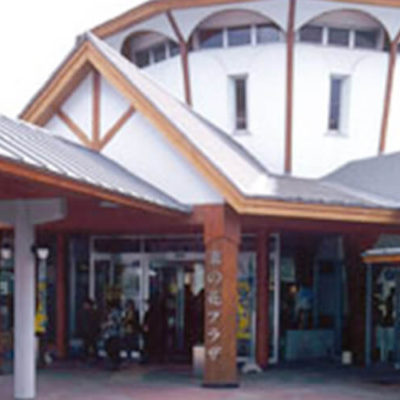