In the northern prefecture of Aomori, it is not uncommon to see temperatures below freezing in the winter. Due to such a frigid climate, warm dishes such as jappa-jiru (codfish stew) and Hachinohe senbei-jiru (wheat-flour cracker hot pot) are a necessity in the lives of Aomori residents.
Soup dishes from Aomori are typically full of ingredients such as fish and meat as a protein source and several types of vegetables. It is a great way to achieve a good nutritional balance by simply adding a soup dish to a meal not only in the winter, but throughout the year.

There are several locally exclusive country-style soup dishes in the Tsugaru, Shimokita, Nanbu, and coastal regions. 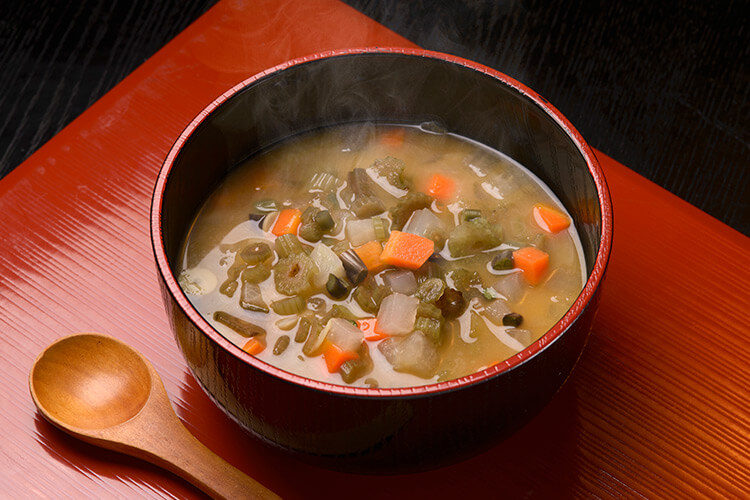 Kenoshiru is one of the many country-style dishes originally from the Tsugaru region in Aomori prefecture. “Kenoshiru” is said to be a colloquialized form of... more 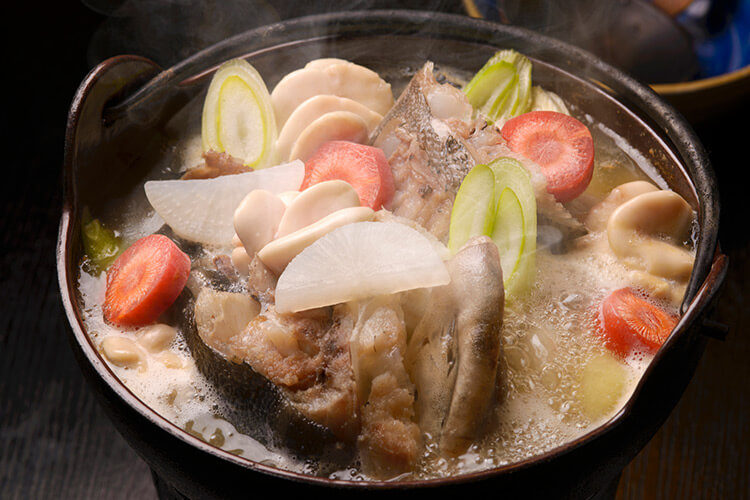 Codfish is an essential fish in Aomori that is used for celebratory dishes in the new year. Until 1945, it was a common sight to... more 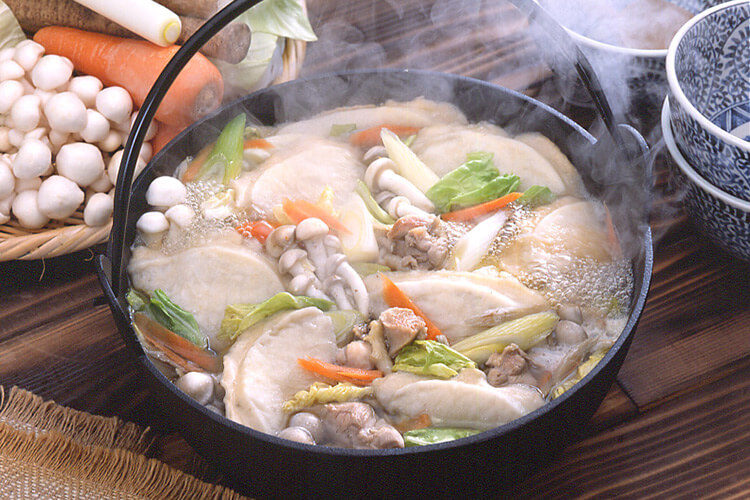 Senbei-jiru is a country-style dish from Hachinohe in the Nanbu region of Aomori. Nanbu senbei are wheat-flour crackers made from flour and salt. The crackers... more 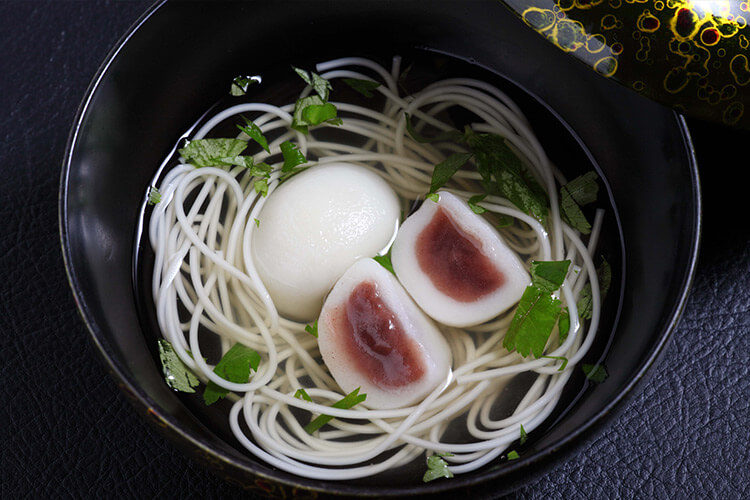 “Keiran” is a soup of anko bean paste wrapped in egg-shaped mochi suspended in a broth flavored with soy sauce. The sweetness of the dumplings... more 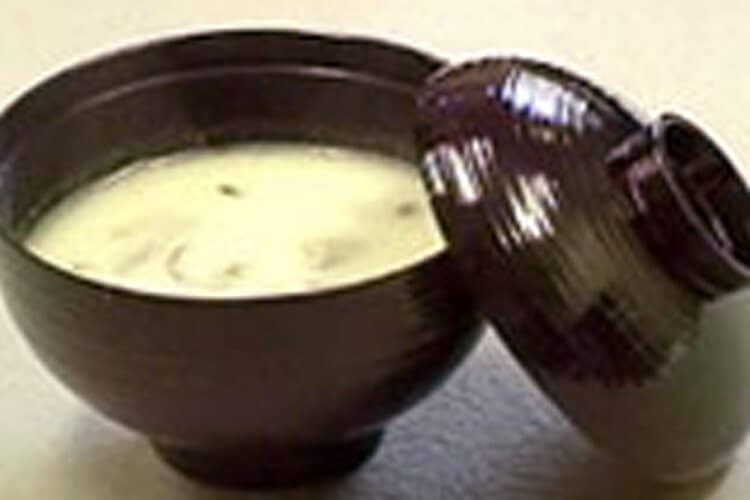 Shinagawa-jiru is a country-style dish from the town of Kawauchi in Mutsu, Aomori prefecture. Though there are a few theories for the naming of this... more 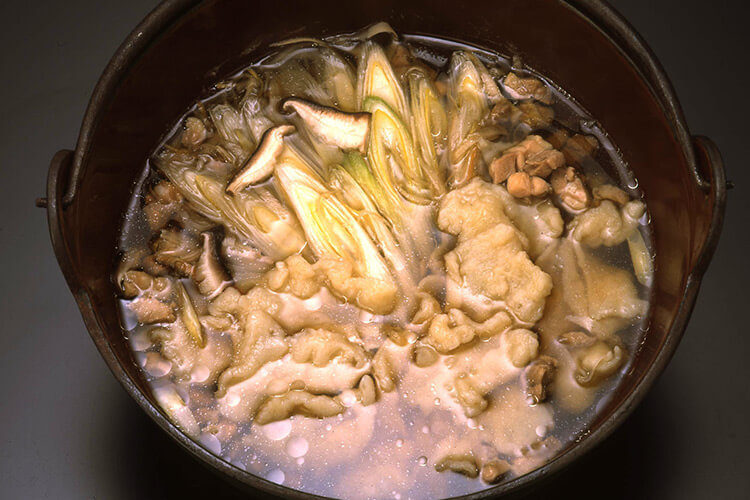 “Hittsumi” is a type of country-style dumpling made with flour and water and cooked in a broth filled with chicken, vegetables, and mountain vegetables. The... more 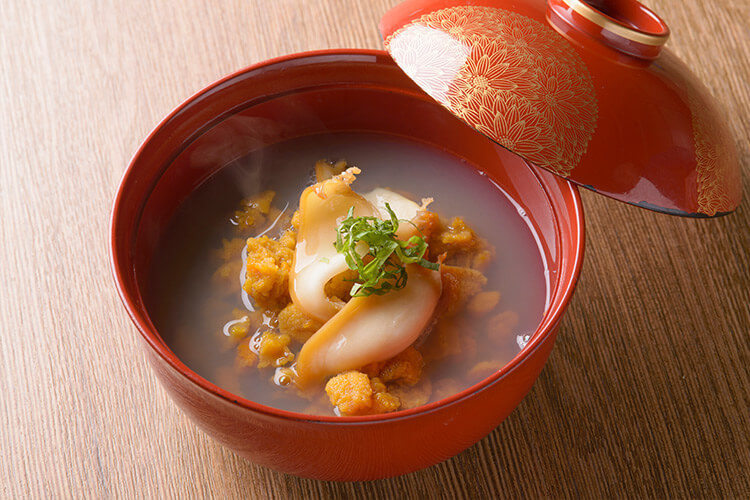 “Ichigoni” is a type of soup made with sea urchin and abalone in a seafood broth. It is a local specialty of Hashikami town in... more 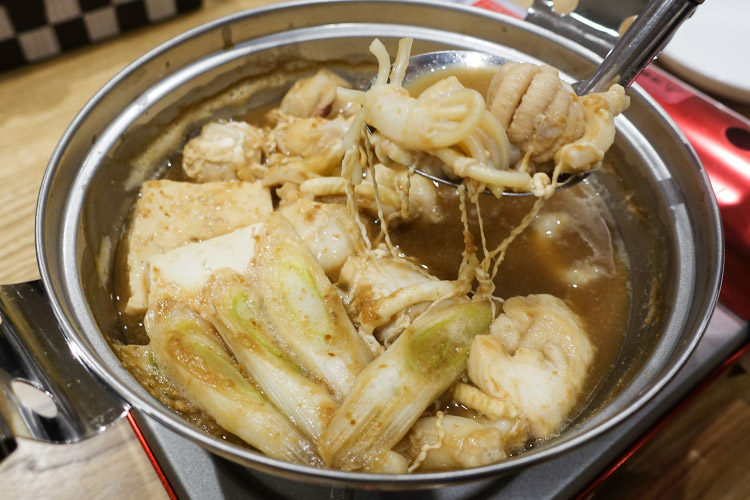 Octopus dogu-jiru, or octopus stew, has long been a favorite amongst fishermen. Since the head and legs of octopus are shipped out to customers, fishermen... more