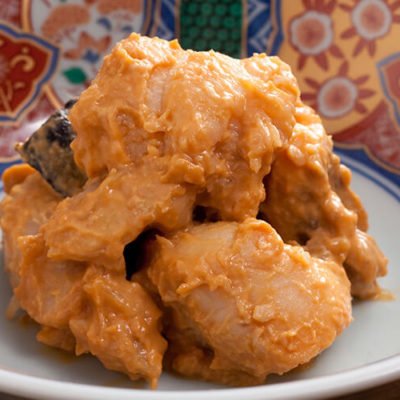 Monkfish, or ankou, is a traditional winter fish in Japan. Ankou hot pots and ankou liver are available in the Tokyo metropolitan area. However, ankou no tomoae, or monkfish dressed in miso is a local cuisine only found in the Shimokita region of Aomori. In Aomori, ankou no tomoae is... read more 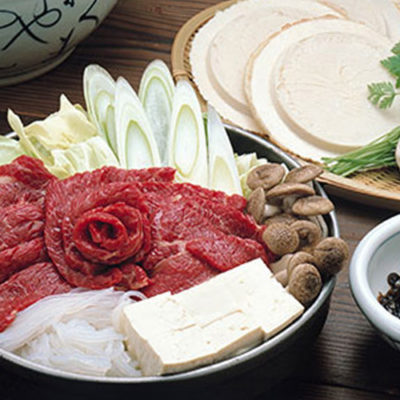 Horse has long been a part of the Aomori food culture, especially in places with the character he “戸” such as Sannohe, Gonohe, Rokunohe, Shichinohe, and Hachinohe, all located in the Nanbu region. Among those towns, Gonohe was frequented by a number of horse merchants, and horse meat hot pot... read more 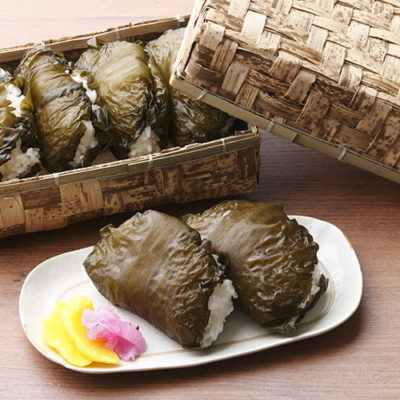 The most well-known preparation of rice in Japanese cuisine is, without question, “sushi.” However, the original Japanese soul food is rice balls, or “onigiri.” Wakaoi onigiri is a type of onigiri that uses thin, soft, one-year-old kombu called wakaoi. It is a simple onigiri, in which freshly steamed rice is... read more 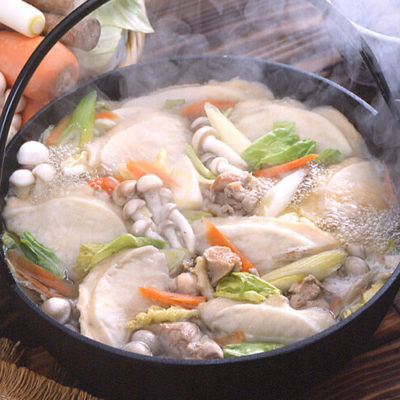 Senbei-jiru is a country-style dish from Hachinohe in the Nanbu region of Aomori. Nanbu senbei are wheat-flour crackers made from flour and salt. The crackers are broken into pieces and cooked in a dashi broth made from meat, fish, mushrooms, and vegetables. The food culture of the Nanbu region formed... read more 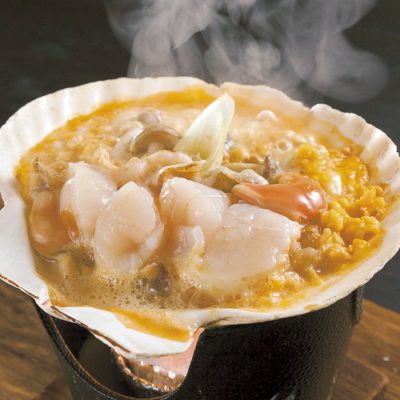 Kayaki Miso, or grilled miso scallop, is a country-style dish in which sea scallops and eggs seasoned with dashi broth and miso are grilled together in a large scallop shell. Dating back to the Meiji period, fishermen in the Shimokita region of Aomori began the tradition of cooking scallops and... read more 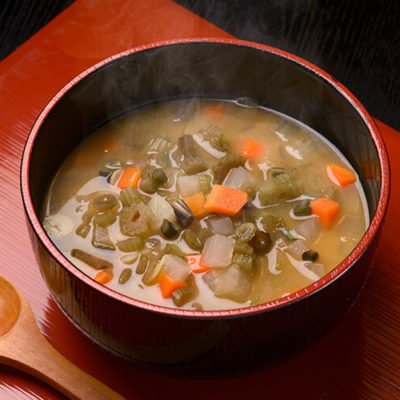 Kenoshiru is one of the many country-style dishes originally from the Tsugaru region in Aomori prefecture. “Kenoshiru” is said to be a colloquialized form of “kayu-no-shiru” (rice soup). A nutritious soup dish, kenoshiru uses a variety of ingredients; vegetables such as daikon, carrots, and burdock roots; mountain vegetables such as... read more