“Nabekko-Dango,” a Dango dumpling of kneaded rice flour served with azuki bean paste, is the local traditional dish in the southern area of Aomori Prefecture. There are various origins of its name, one of which they call “Nabekko-Dango” because the figure, formed round and pressed its middle in, looks like “nabe (pot).” Depending on the region, people also call it “Hechoco-Dango (hechoco means navel in the local dialect).” Local people also made it as an offering to Agricultural Gods and Daishi (honorific title in Buddhism) during celebrations, such as “Tenorie,” a festival praying for a good harvest after the completion of the rice-planting work, or “Aki-jimai” festival at the end of autumn after the harvest. 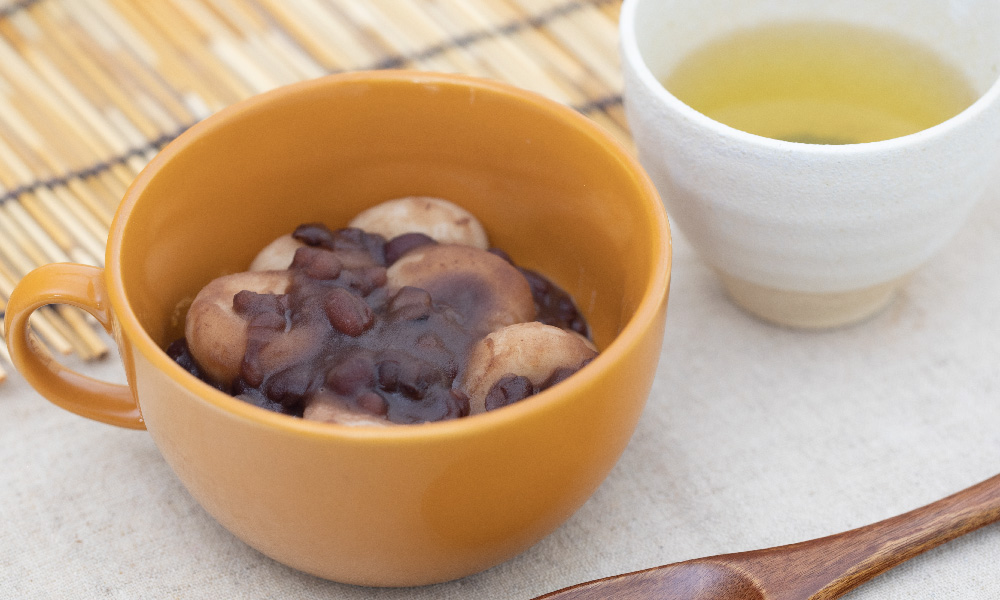