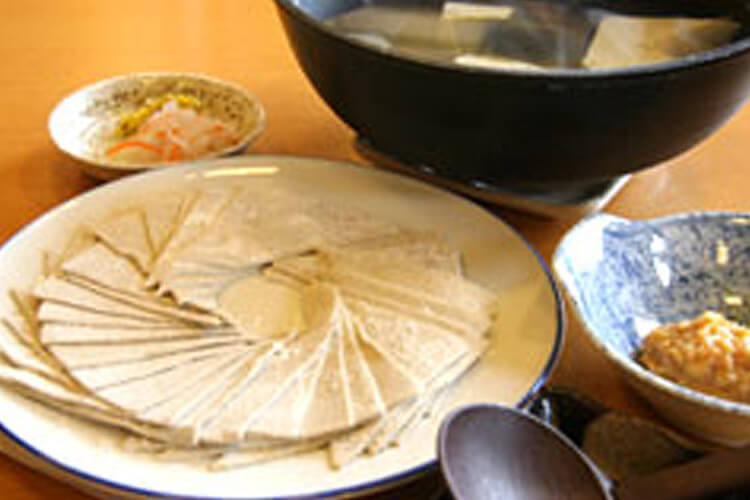 “Kakke” is a local delicacy from the Nanbu region, made with buckwheat or wheat mixed with water and salt. The dough is flattened, cut into triangles, then boiled. It is served with green onion seasoned miso or garlic seasoned miso.
The word “kakke” is said to have originated from the word kakera, which means edge, just like the shape it is cut. It is said that a Lord of the Nanbu clan prohibited commoners from eating handmade soba as it was considered a luxury. Commoners learned to cut the edges of the soba dough and eat it with miso. Another theory states that “kakke” comes from the phrase “kaa-kee,” which means “please enjoy the meal” in the local dialect.
In Sannohe, Takko, and Nanbu, it is also called “tsutsuke.”

Where to Find “Kakke Dumpling” 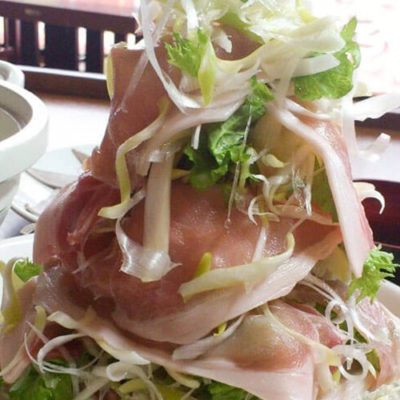 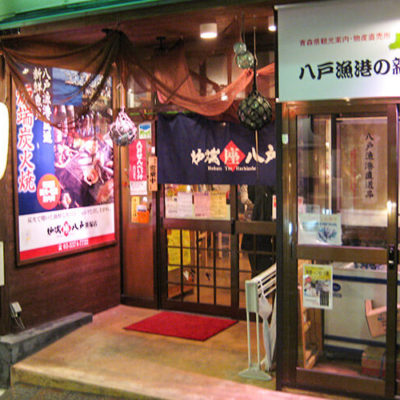 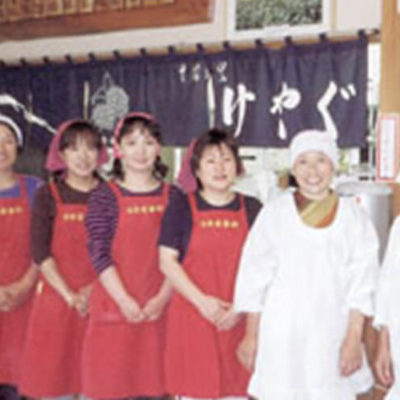