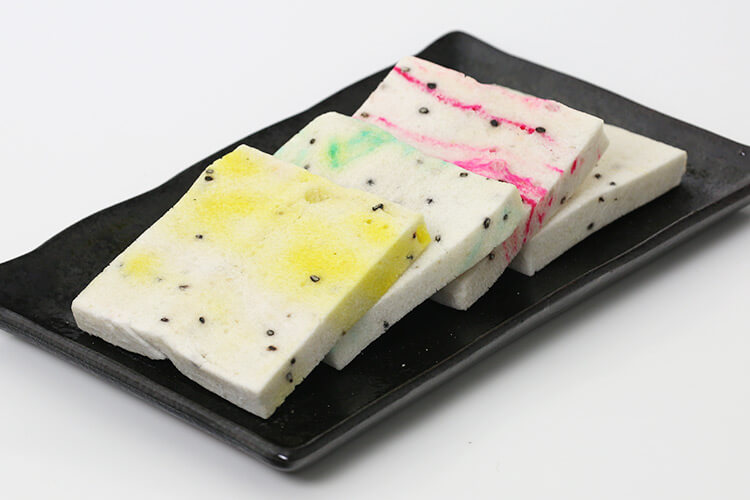 Dried mochi, or “hoshi-mochi,” is a traditional preserved food from the northwestern area of the Tsugaru region in Aomori prefecture. It is also called kori-mochi, or frozen mochi.
The mochi is made with extra water, which is cut or molded into rectangular slices, tied with straw, and left outside on a drafty cold day to dry and freeze. (Today, it is mostly made in freezers.)
The production of dried mochi used to be an annual big event, as it was a demanding process requiring careful assessment of the weather to produce one-year’s worth of dried mochi in a limited period of winter time. The best dried mochi are those made around February, when the cold is at its most severe. The most standard mochi has sesame seeds. Today, there are colored mochi and those that use additional ingredients such as apples.
Dried mochi is a traditional snack food that is easily preserved. Not only has it been an additional food source in the winter, but also enjoyed as a snack and is an excellent gift.
Dried mochi features a unique sweetness from the rice and a crunchy texture. It can be eaten as-is, deep-fried, or sauteed in butter.

Where to Find “Dried Mochi” 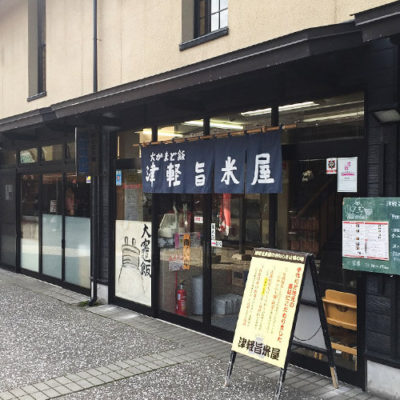