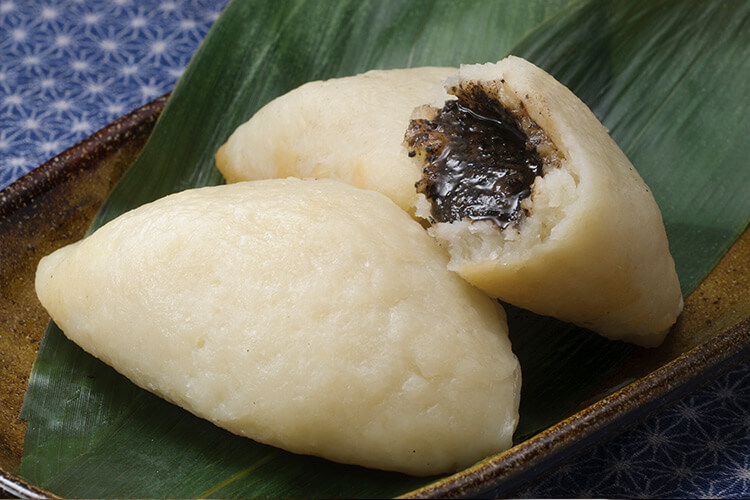 Kinka-mochi is a local specialty of the Nanbu region in Aomori prefecture. Kinka-mochi is a half-moon shaped confectionery containing a filling made with brown sugar, walnuts, and miso, wrapped in a flour-based dough, which is boiled in water.
The mochi was called “kinka-mochi,” which means golden mochi, because brown sugar was once a luxury item.
In Hachinohe, kinka-mochi is referred to as “baori-mochi,” while in the Kamikita region, it is called “kamasu-mochi.”

Kinka-mochi is offered to one’s ancestors at family altars on August 16th during the Bon festival or to the agricultural gods on December 4th during the ceremony of aging for the gods.
It was also eaten as a snack between farm work.
Due to the summer Yamase northeasterly winds, the Nanbu region became known for its production of grain such as wheat, buckwheat, millet, and Japanese millet. Kinka-mochi is the taste of a tradition that has been enjoyed in the region for over 100 years.