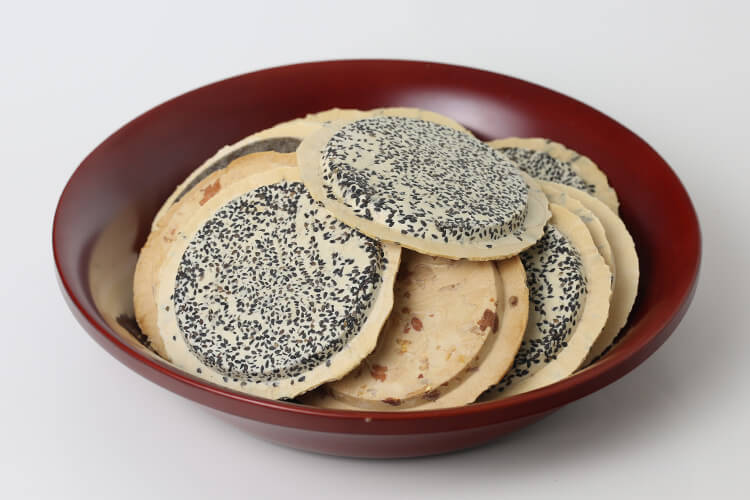 Nanbu senbei is a type of crackers from the Nanbu region of Aomori. In the end of Edo period, the region experienced famine and poor harvest, which led to the formation of a food culture around wheat and buckwheat instead of rice. People used to make half-baked flour or buckwheat crackers, which developed into the crispy Nanbu Senbei in Meiji period.
The softer and thicker former version is still prevalent today as “tempo senbei.”
There are a wide variety of nanbu senbei available in the market today. One of the most popular is the thin and crunchy edge bits “mimi” that spilt over from the mold. In addition to the basic nanbu senbei shiro senbei, there are a variety of flavors such as sesame, walnut, and peanut.