Although humble, mountain vegetables that grow in the beautiful rich nature of Aomori have a deep flavor that develops through the long winter.
Mushrooms are known to have high levels of fiber, vitamin B, and potassium. They are low-calorie and a favorite for dieting. Mushrooms from Aomori are flavorful, fragrant, and have a great texture.
During the peak season, freshly collected sansai become available across Aomori prefecture at Michi-no-Eki roadside rest areas and local markets. 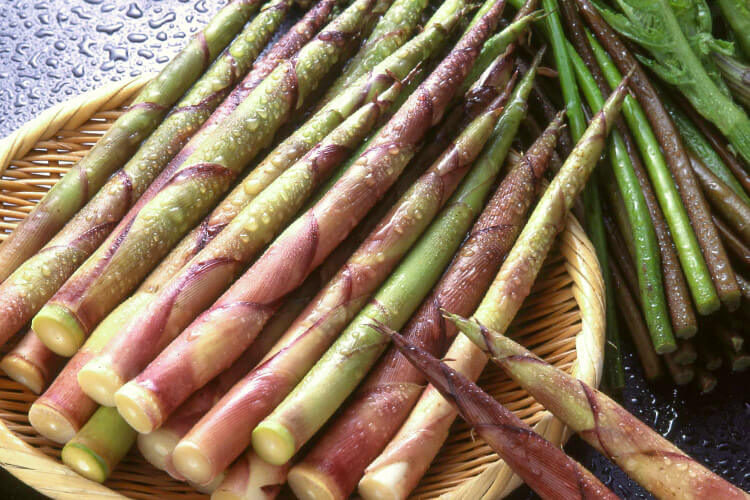 Takenoko, or the bamboo shoot, is a symbol of spring in Japan. Bamboo shoots have a unique flavor and are widely used in Japanese and... more 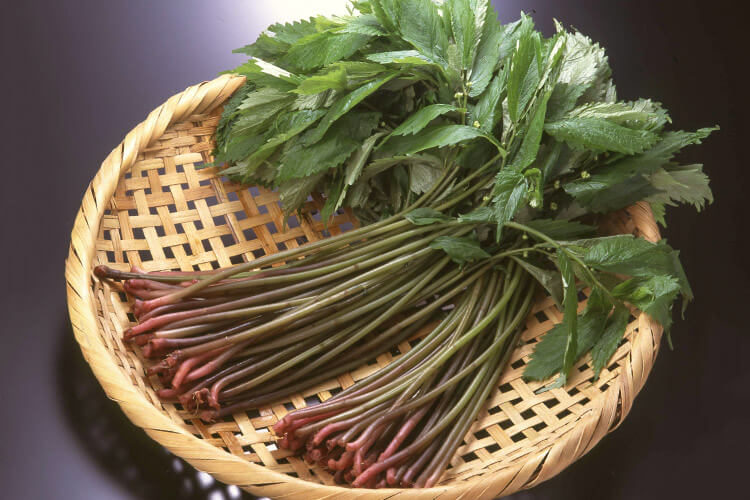 Mizu is officially known as uwabami-so, or elatostema japonica. Aomori prefecture is the largest producer of mizu in Japan. Mizu, which means “water” in Japanese,... more 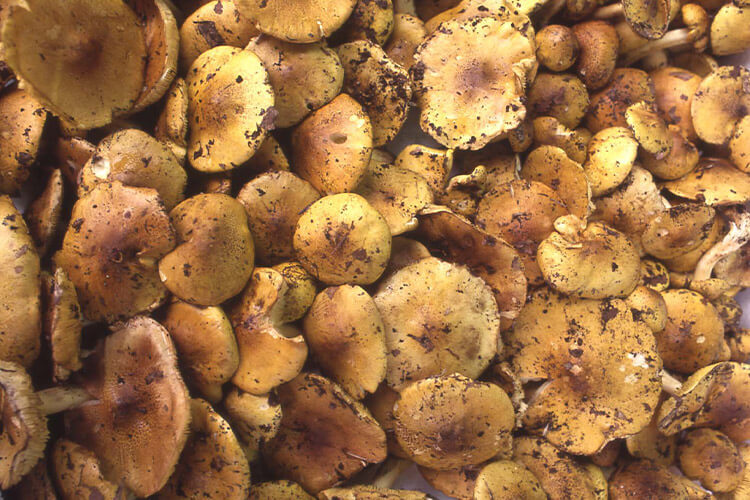 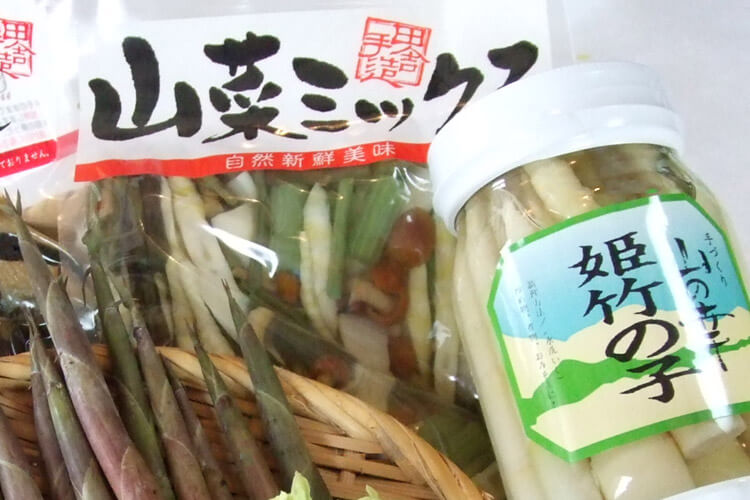 Rich in natural resources, Aomori is a large producer of sansai, or mountain vegetables. People in Aomori have long practiced a tradition of having their collected sansai, such as bamboo shoots and mizu, canned or bottled at a canning facility. Through the canning process, the cans or bottles are heated and sterilized, allowing for a long shelf-life (averaging one year at room temperature). The sansai boiled in water are pre-cooked to remove bitterness, called aku. The finished product is an easy-to-use and versatile ingredient in which the flavor of the mountain is preserved to be enjoyed throughout the year. Sansai in water becomes available during peak season across Aomori at grocery stores, Michi-no-Eki (roadside rest areas), and local markets. 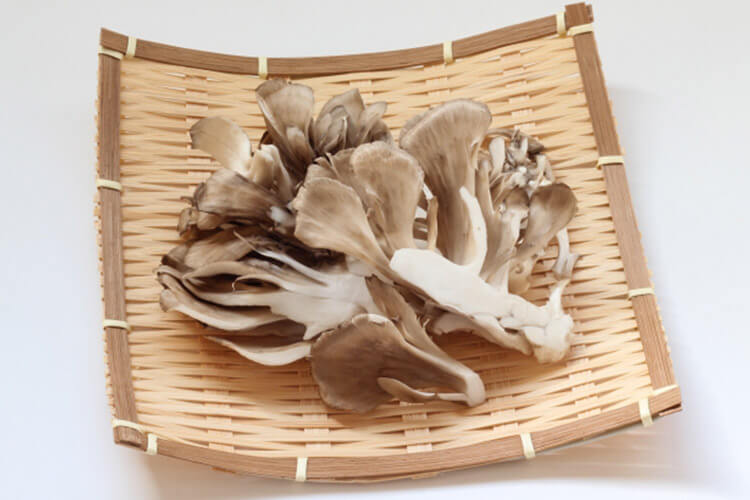 Maitake mushroom, or hen-of-the-woods, is a type of mushroom that has a crunchy texture and great flavor. It is suited for any style of cooking from sauteing, boiling, frying, to grilling. Maitake mushroom can also be dried and then made into powder. Maitake powder can be added to miso soup or cooked vegetables to add a maitake flavor to the dish. The powder can be preserved with refrigeration. 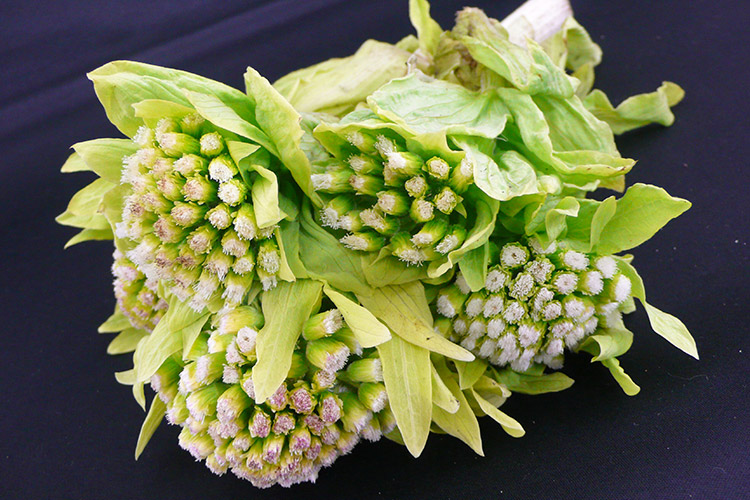 Fuki, or Japanese butterbur, is an everyday mountain vegetable that represents the taste of home cooking in Japan. The stem of the plant is used for sauteing or boiling. In Aomori, fuki is used in country-style dishes such as kenoshiru and onishime along with nemagari bamboo. Fuki-no-to, which is the shoot of fuki, is called “bakke” in Aomori. “Bakke miso” is a country-style dish in which fuki-no-to is boiled, chopped, and then mixed with miso. It makes a great companion to rice and sake.