In Aomori Prefecture, especially in the Tsugaru region, pumpkin "oyaki" is a popular snack between farm work.
It is usually made with mochigome (glutinous rice) flour for the dough but can also be made with steamed rice (after it has cooled) or wheat flour and eaten as a main dish. 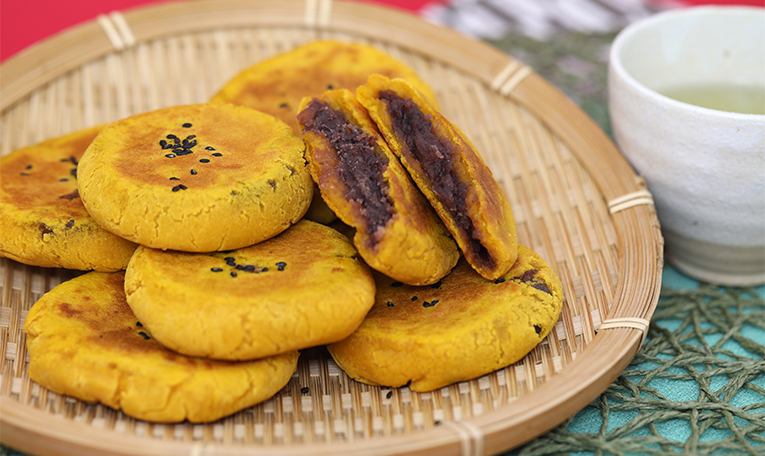