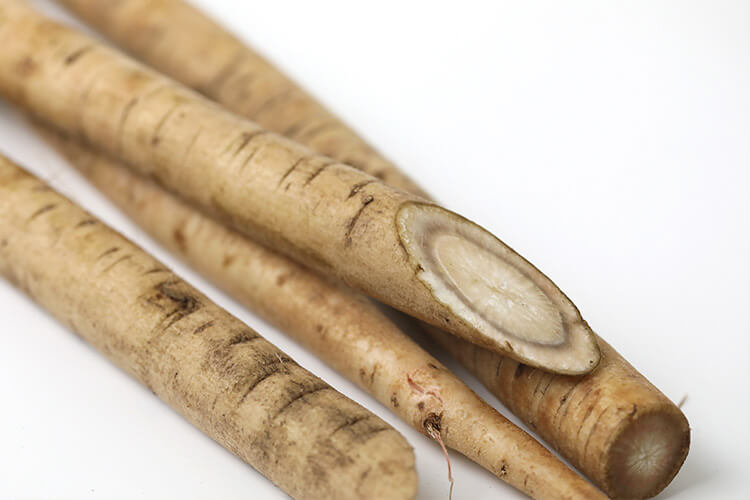 Aomori prefecture is the number one producer of gobo in the nation. Production season reaches its peak between fall and winter. It is produced as a rotational crop with nagaimo (Japanese yam), crop acreage continues to increase.
The production of gobo is concentrated in the Pacific region of Aomori, where the cool easterly wind in the summer protects the plants from pests, limiting the need for pest control.
Aomori gobo is known for the wonderful aroma, taste, and firm but not too fibrous texture. It is highly praised in the market for its high quality.

Gobo sold yet unwashed should be wrapped in paper or newspaper and kept in a cool dark place. Gobo which has been washed should be cut in half or thirds and kept in plastic bags and refrigerated.
Gobo retains its dietary fiber when cooked, making it suitable for nimono and hot-pots. Because much of the aroma and flavor comes from the outer layer, it is recommended to simply scrub the surface with a scrubbing brush or scrape off the surface with the back of a knife.

Gobo is a great source of fiber, which aids in digestion. It is also rich in carbohydrate inulin, a fiber source known to suppress sudden increase in blood sugar level by slowing down the absorption of sugar in the intestines. 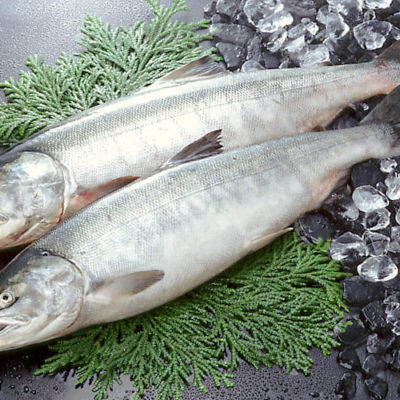