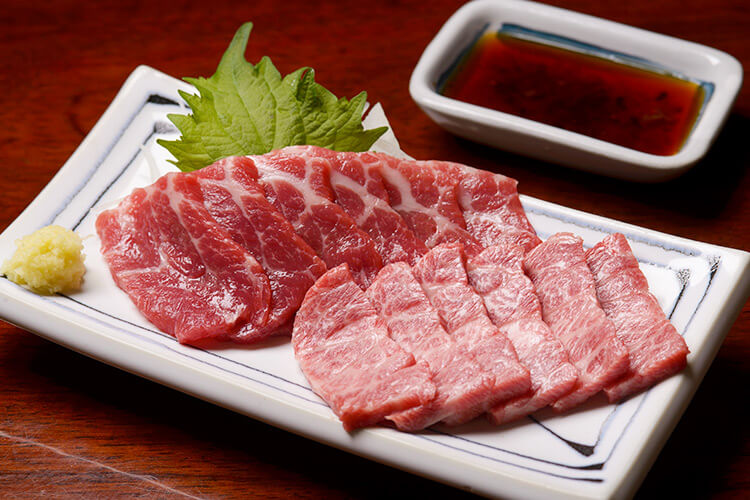 In addition to basashi, or horse meat sashimi, horse meat is eaten in a traditional hot pot called sakura*1 nabe. This exquisite hotpot typically features horse meat, burdock root, and green onions, all locally grown. Senbei crackers or udon may be added in the end to complete the meal.

*1 Horse meat is called “sakura niku” or cherry blossom meat, thus horse meat hot pot is referred to as sakura nabe. There are multiple theories as to the origin of the expression. Some claim it derives from the pink color of the meat which is similar to the beautiful cherry blossoms. Others assert it is because the season in which the meat becomes available coincides with the cherry blossom season. Or, it is simply from the name of the place where horses were raised.

Horse meat is available at Ogata Meat Shop in Gonohe, where horse meat dishes have long been a part of the local cuisine, as well as at Odagiri Sangyo, located in Goshogawara city (formerly Kanagi) in the Tsugaru region. 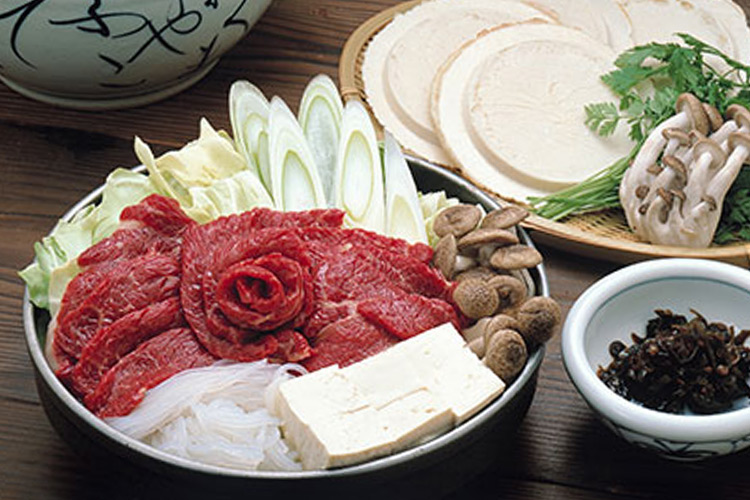 Horse has long been a part of the Aomori food culture. Horse meat is known for being a healthy meat as it is low calories and fat, but high in protein.