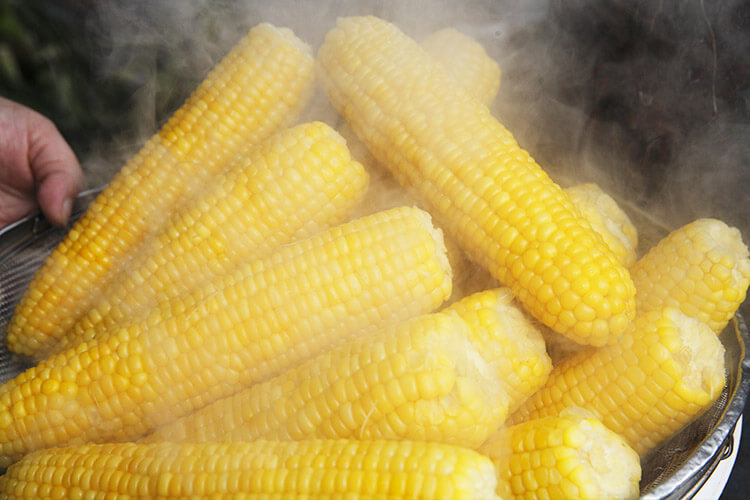 Aomori’s premium corn, Dake-kimi, is grown and harvested in the Dake area at the foot of Mt. Iwaki, west of Hirosaki city.
Dake-kimi is a sweet corn variety. “Kimi” means corn in Tsugaru dialect. In 2007, Dake-kimi was registered as a regional collective trademark, making it known as a premium corn brand nationwide.
Due to the difference in temperature between day and night around Dake area, at an elevation of 400~500 meters (1300~1650 ft), the corn reaches a high sugar content (18g of sugar/100g), equivalent to most fruits. Additionally, the kernels are crispy and firm.
During its peak season,many pop-up shops sell Dake-kimi in Dake and the Hyakuzawa area, attracting locals and visitors from near and far.

The best way to eat Dake-kimi is to simply boil it when fresh. The key is to choose a few fresh ears and not over cook them. Because Dake-kimi can be eaten raw, as it is a sweet corn variety, cooking time can be short. 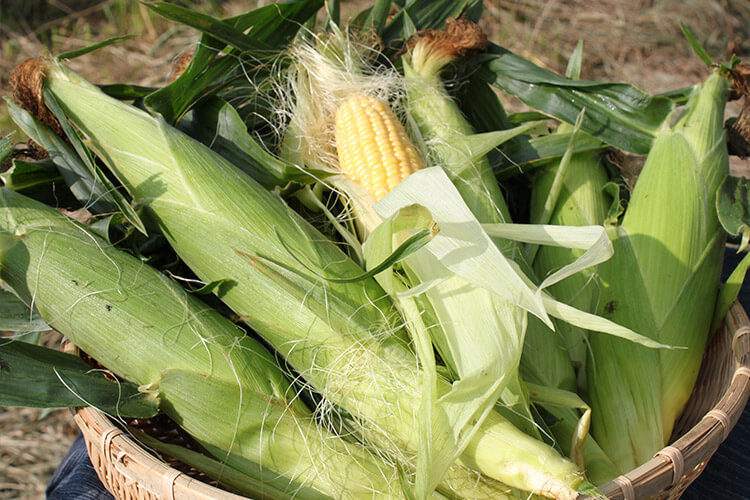 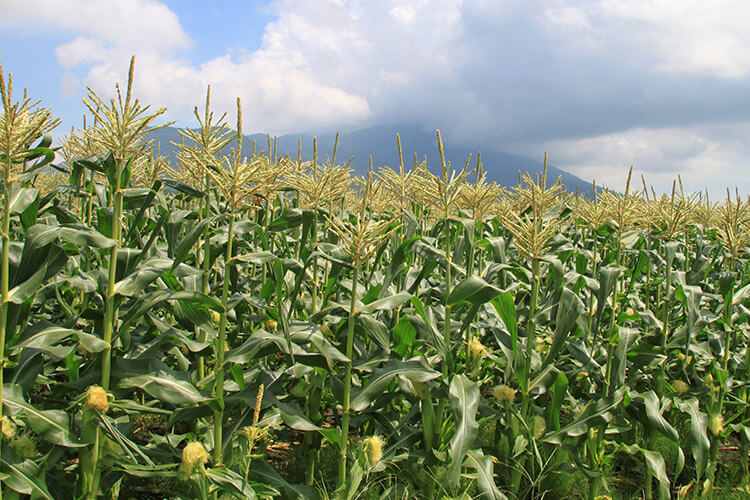 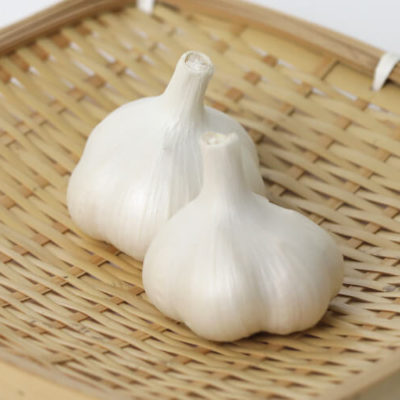 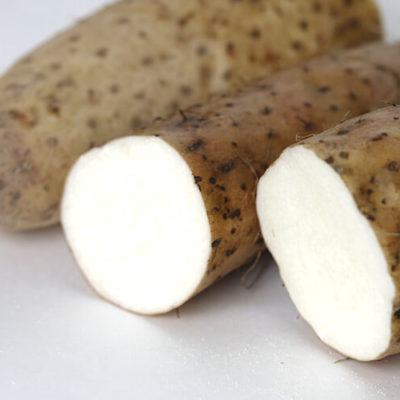