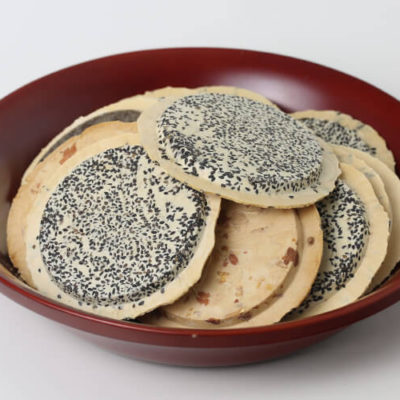 Nanbu senbei is a type of crackers from the Nanbu region of Aomori. In the end of Edo period, the region experienced famine and poor harvest, which led to the formation of a food culture around wheat and buckwheat instead of rice. People used to make half-baked flour or buckwheat... read more 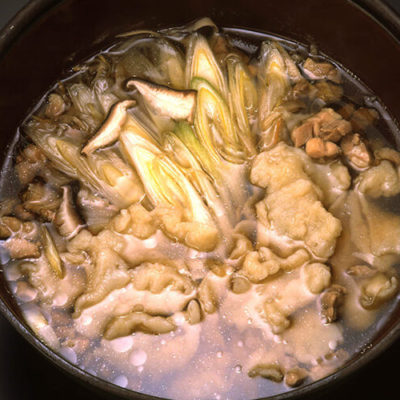 “Hittsumi” is a type of country-style dumpling made with flour and water and cooked in a broth filled with chicken, vegetables, and mountain vegetables. The name “hittsumi” is derived from the word hiki-chigiru, which comes from the act of tearing off dumplings from the dough. In the Nanbu region of... read more 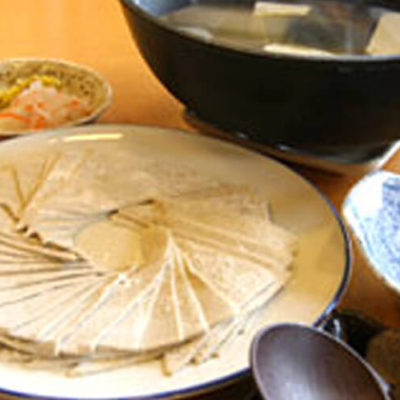 “Kakke” is a local delicacy from the Nanbu region, made with buckwheat or wheat mixed with water and salt. The dough is flattened, cut into triangles, then boiled. It is served with green onion seasoned miso or garlic seasoned miso. The word “kakke” is said to have originated from the... read more