Shellfish, Seaweed, and Other Seafood

Aomori prefecture is surrounded by the Tsugaru Strait, the Sea of Japan, and the Pacific ocean. With Mutsu Bay in its heart, Aomori is a rich source of not only fish, but also shellfish and seaweed.
Particularly, sea scallop, “hotate,” is an Aomori specialty, farmed in near-natural conditions established over many years of research and development. Hotate from Aomori is distributed nationwide and is highly valued for its quality and flavor.
Other notable seafood produced in the mineral rich ocean surrounding Aomori are rare delicacies such as sea cucumber, “namako,” and sea pineapple, “hoya,” as well as seaweeds such as “kombu”, “wakame”, and “mozuku.”

Seasonal Shellfish, Seaweed, and Other Seafood 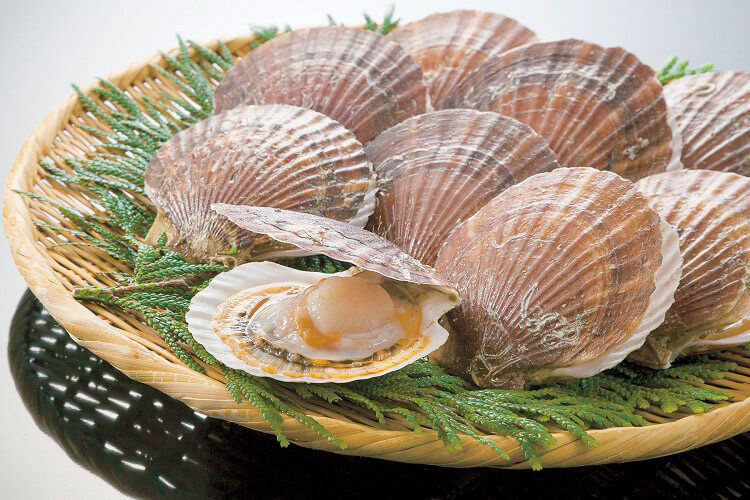 Aomori is one of the largest producers of sea scallops, or hotate. Mutsu Bay, surrounded by the Shimokita and Tsugaru peninsulas, is a major source... more 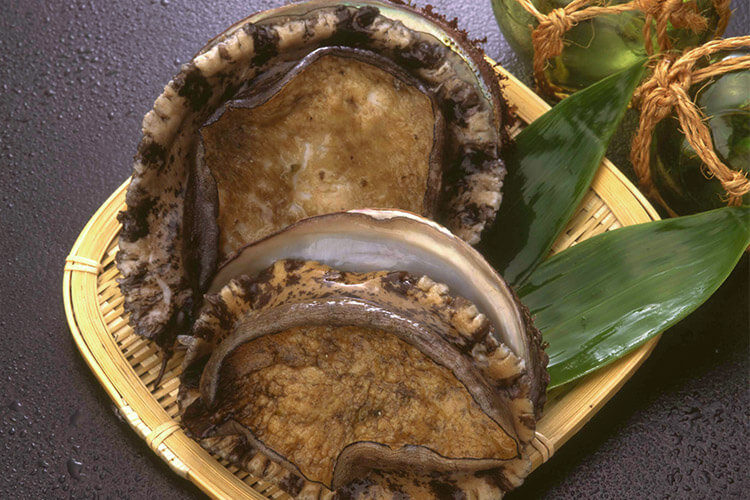 Abalone, specifically Ezo-Abalone, can be found throughout the coast of Aomori prefecture. Abalone caught in Oma is especially appreciated for its quality and as such... more 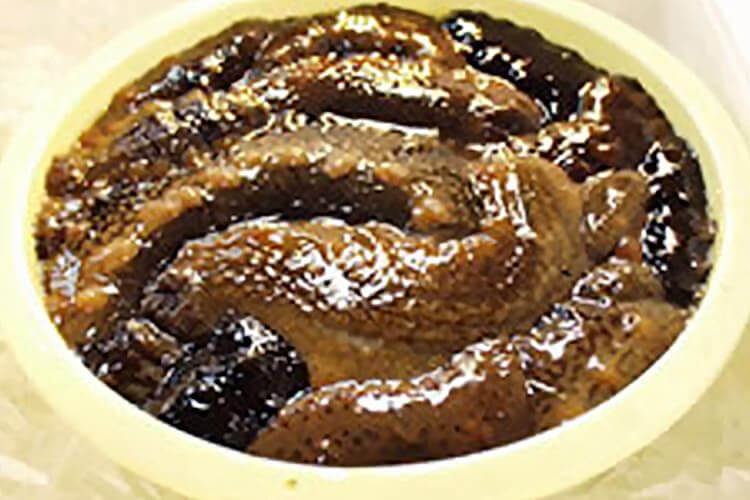 Sea cucumber, or namako, has long been part of the Japanese food culture, being exported actively as early as Edo period. Japan has the longest... more 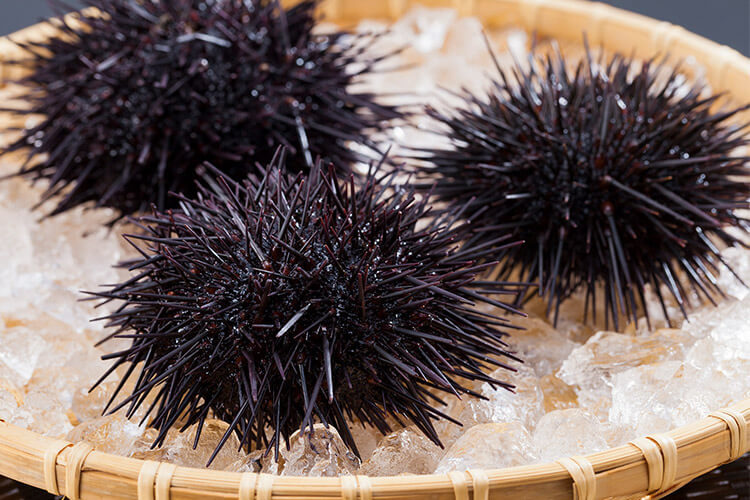 Sea urchins, or uni, belong to the phylum of echinoderms, the same as sea cucumbers. Though there are approximately one hundred and sixty types of... more 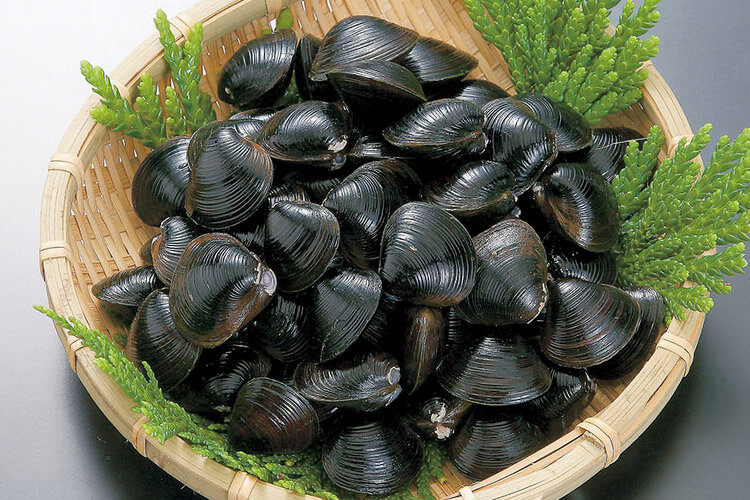 Shijimi is a type of freshwater clam that is a common ingredient in Japanese household cooking widely available in grocery stores and seafood shops. Shijimi... more 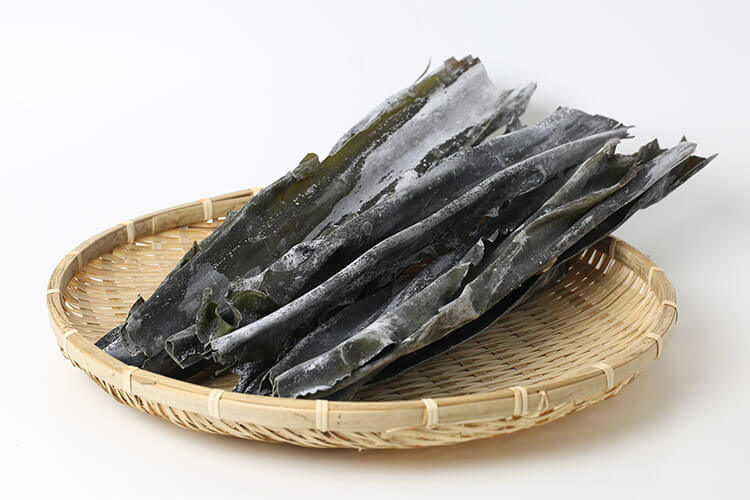 Kombu is a type of seaweed widely established as a dashi and umami flavor ingredient. It grows in the ocean at depths of 5~7 meters... more 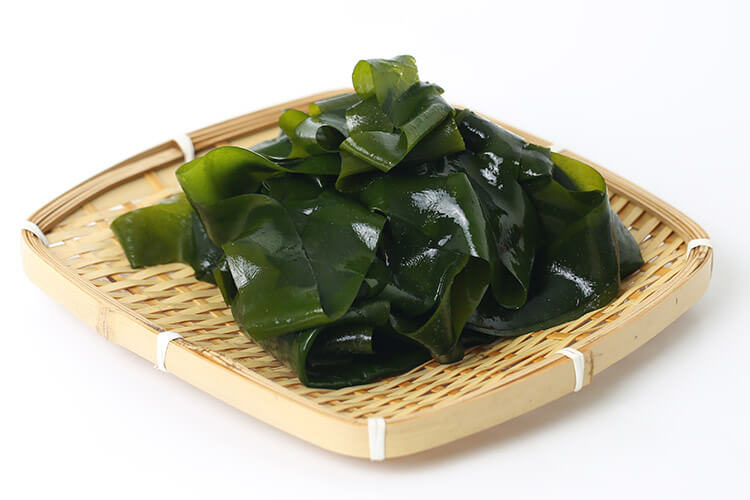 Wakame is a type of seaweed that belongs to the same family as kelp. Wakame can be found throughout Japan, and wakame farming is an... more 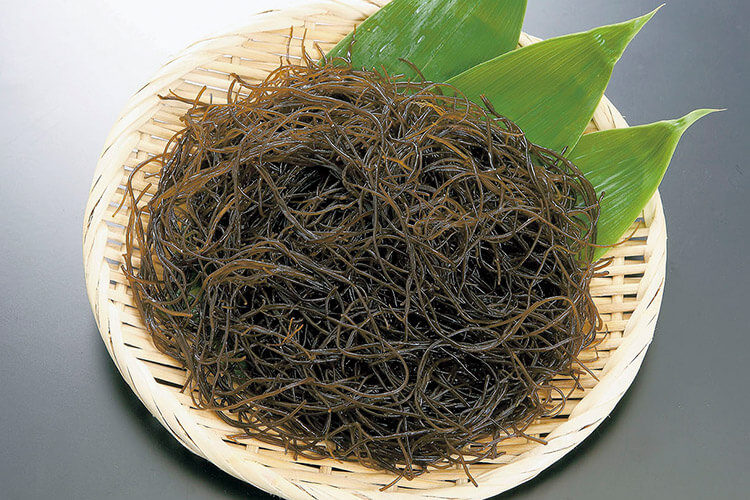 Mozuku is a type of edible seaweed. In Aomori, mozuku typically refers to ishi-mozuku (Sphaerotrichia divaricata) belonging to the family Chordariaceae. Unlike farmed okinawa-mozuku, another... more 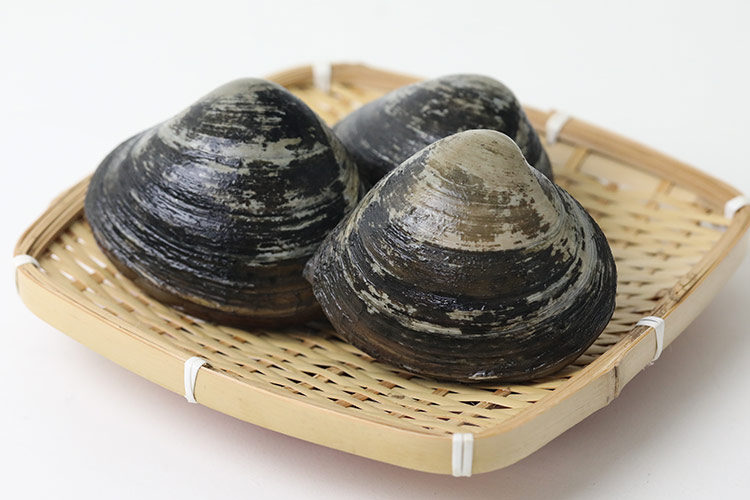 Surf clam, known as “uba-gai” or “hokki-gai,” is the king of winter clams. The Kitahama Waters from the coast of Hachinohe to Misawa are great... more 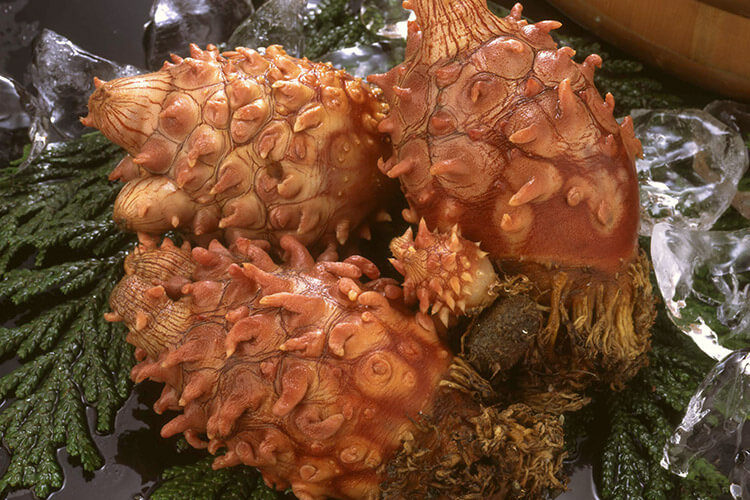 Sea pineapple, or hoya, is known for its unique acquired taste that is favored by connoisseurs. The taste is defined by its freshness. Fresh hoya... more 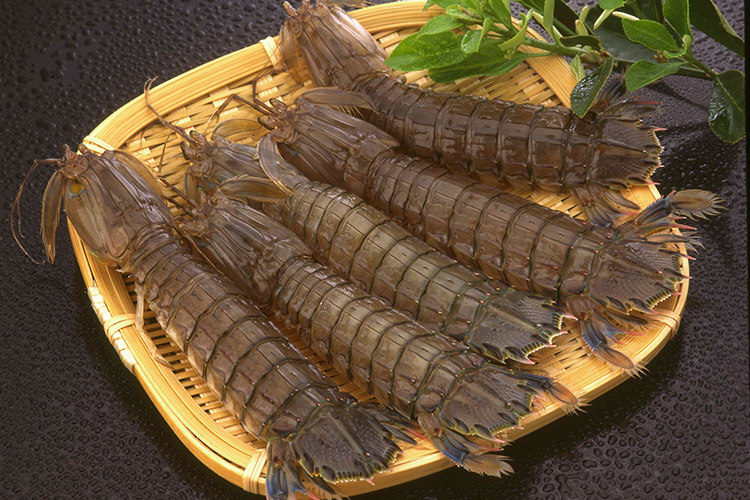 Mantis shrimp, or shako, is also known as “gasa-ebi” in Aomori prefecture. Though the term “ebi” means shrimp, mantis shrimp is not in the same... more 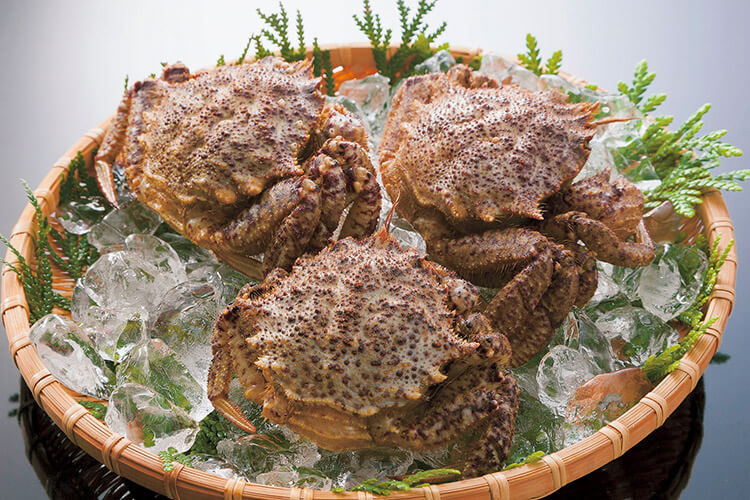 Helmet crab, or togekuri-gani, is a type of crab that comes into season in the spring. In Aomori, it is also referred to as “sakura... more