Owani Onsen bean sprouts have a 350-year history and tradition in the historic onsen town of Owani in the Tsugaru region of Aomori. In 2012, it was registered as a regional collective trademark.
There are two types of Owani Onsen bean sprouts; Kohachimame, which are soy bean sprouts, and soba moyashi, buckwheat sprouts.
Taking advantage of the onsen (hot springs) of Owani, which has a history of 800 years, the soil where the bean sprouts mature is heated geothermally Hot spring water is used in the entire process of production. The bean sprouts grow for seven days in soil that has been uniquely developed without chemical fertilizers and chemosynthetic agrochemicals. The trade secret onsen cultivation method gives a distinct texture to the bean sprouts in comparison to the ones grown in the usual hydroponic culture. 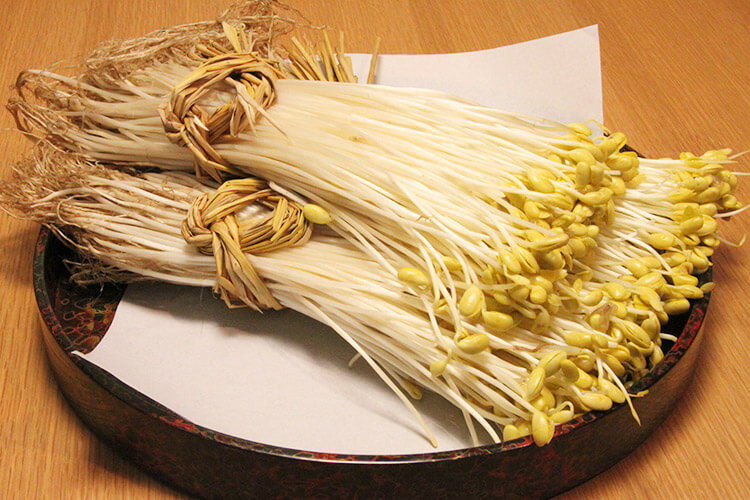 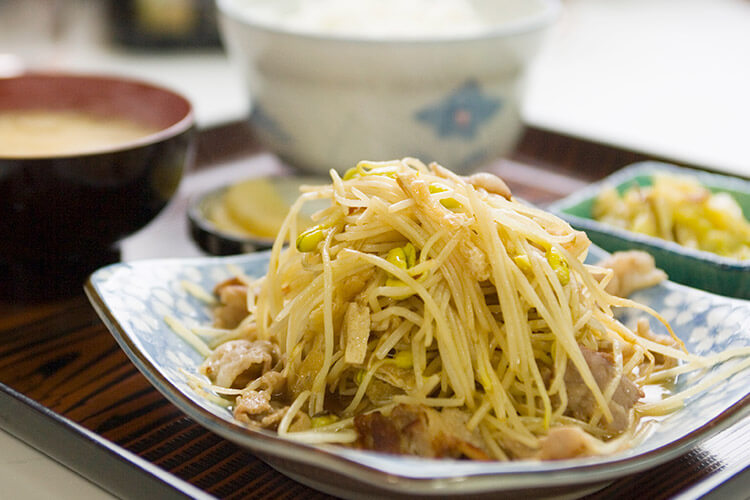