Aomori prefecture is the land of seafood, surrounded by the Tsugaru Strait, the Sea of Japan, and the Pacific ocean, and Mutsu Bay in the heart. Rich in nature and fishing grounds, seafood can be enjoyed throughout every season in Aomori.
Aomori is one of the largest producers of flounder, scallop, and the highest quality bluefin tuna. Cold and warm currents meet in the oceanic area surrounding Aomori, which makes it a productive fishery ground for squid, mackerel, cod, and more. With a leading fishing industry, Aomori actively practices aquaculture and sustainable fishing.

Aomori has a history of preserving seafood to enjoy it longer while maintaining flavor and quality. With the advancement of preservation and processing technologies, there is a wide array of local seafood products available in the market today. 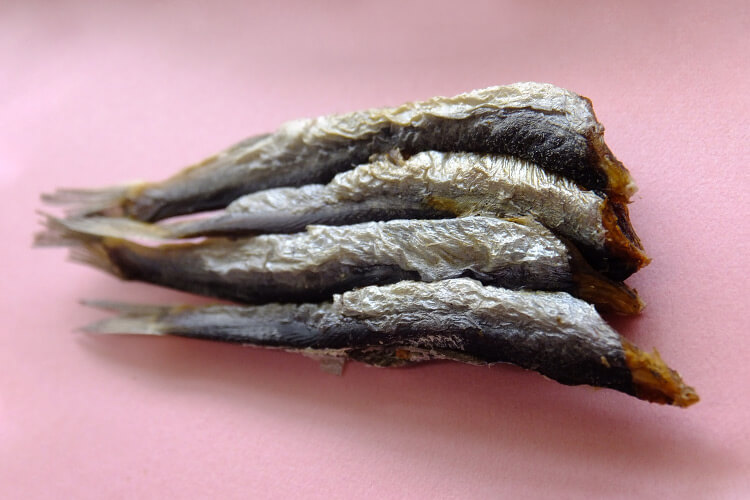 Yakiboshi is a top-grade dashi stock ingredient made with sardines and horse mackerel. After pre-treatment, the fish are char-grilled then dried under direct sun. Unlike “niboshi,” in which the fish is boiled then dried, the method of yakiboshi preserves the umami flavor. It makes for a refined rich dashi stock filled with flavor.
Production areas include Wakinosawa in Mutsu and Tairadate in Sotogahama, where yakiboshi is made using fish from the Mutsu bay that are not yet fatty.

Izushi is a type of narezushi, a primitive form of sushi that uses fermented fish and vegetables. The fish or vegetable is fermented using rice and malted rice. Narezushi has long been a favorite preserved food for surviving the harsh Aomori winter, using local fish such as sockeye salmon, coho salmon, pacific herring, pacific saury, dried herring, and Japanese sandfish. 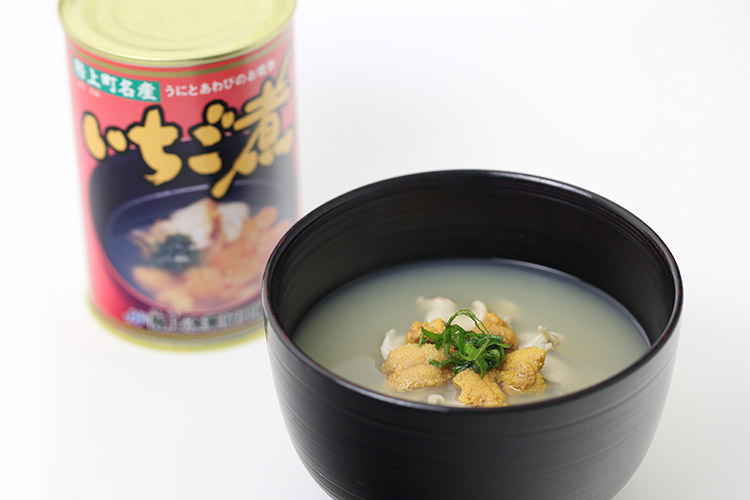 Ichigoni is a type of soup that lavishly uses sea urchin and abalone. It is a local specialty in coastal areas such as Hachinohe and Hashikami.
Though Ichigoni is a palatable coastal luxury with the key ingredients being highly prized sea urchin and abalone, it was eaten on a regular basis by fishermen.
This product can be warmed and eaten by itself, or mixed with rice to make takikomi gohan. 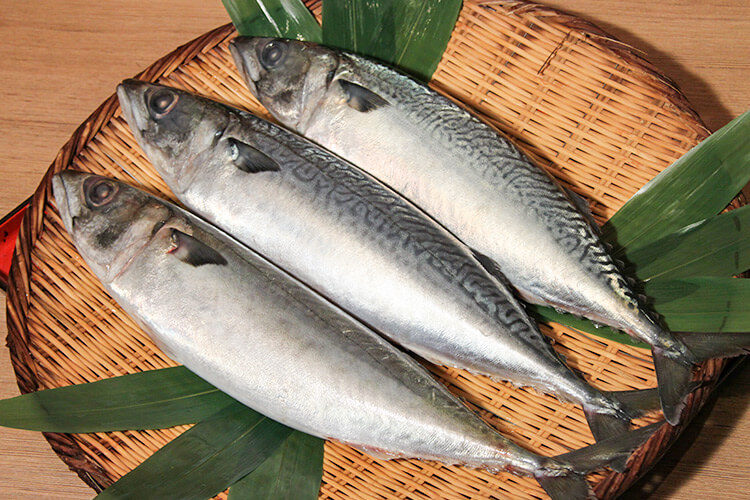 Aomori has long been one of the major producers of mackerel (saba) in Japan. The Hachinohe Maeoki Saba has received high remarks for its fatty... more 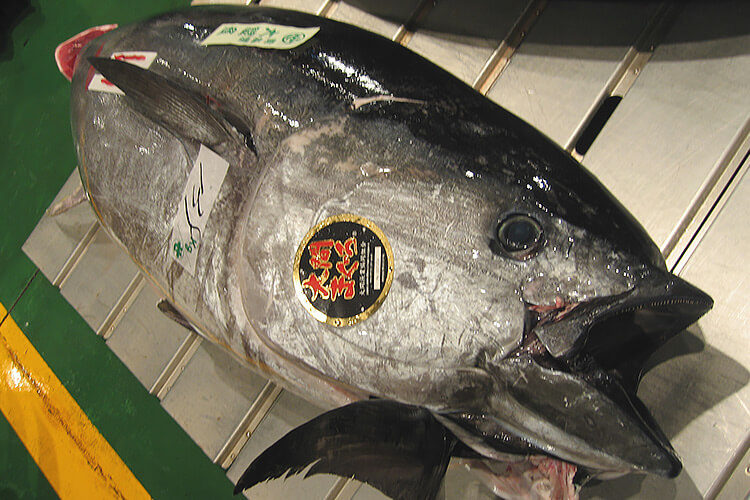 Tuna is a large-sized migratory species found in tropical and temperate zones around the world. Tuna caught in Aomori are all-natural Hon-maguro, or bluefin tuna.... more 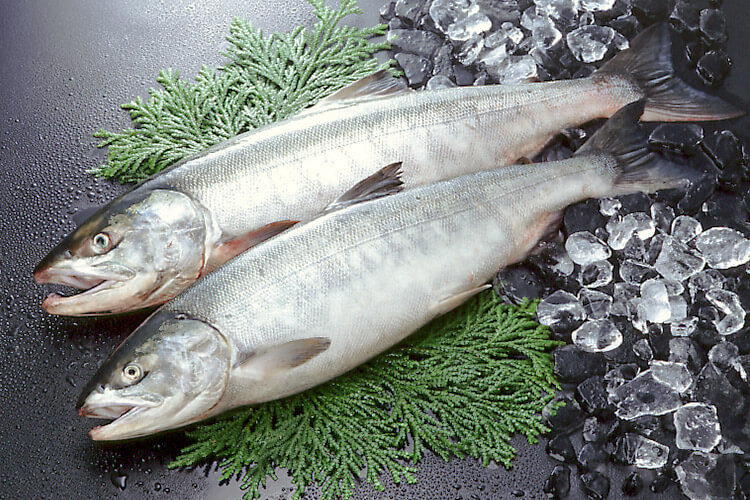 Natural salmon caught in Japan is safe, with no chemical preservatives or additives. Americans import and consume them as all-natural “wild salmon.” Fishing for salmon... more 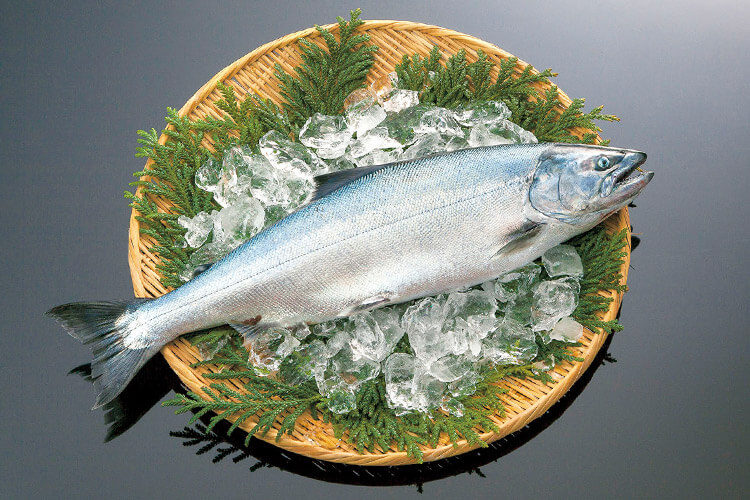 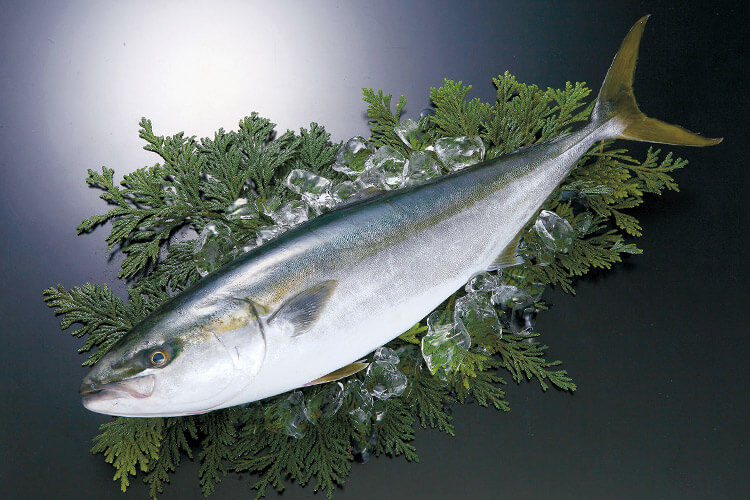 Japanese amberjack, also known as yellowtail or buri, has long been appreciated in Japanese cooking. It is a migratory fish in the carangidae family, with... more 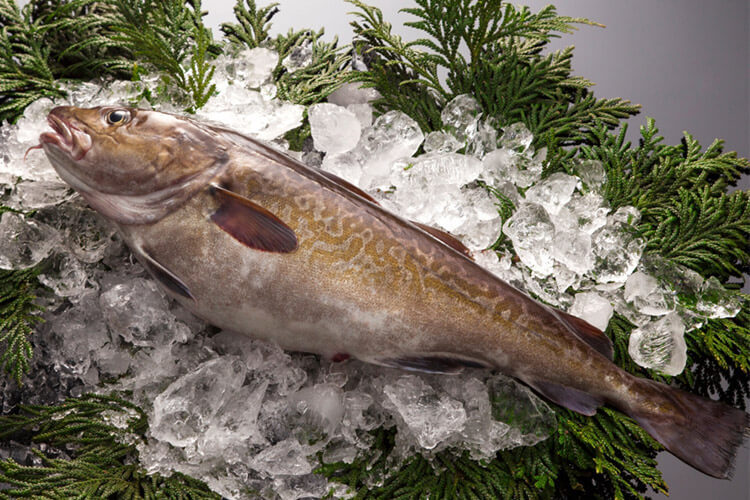 Cod is a typical winter fish in Aomori, as the Japanese character used for the word cod, or tara, stands for winter fish. Cods can... more 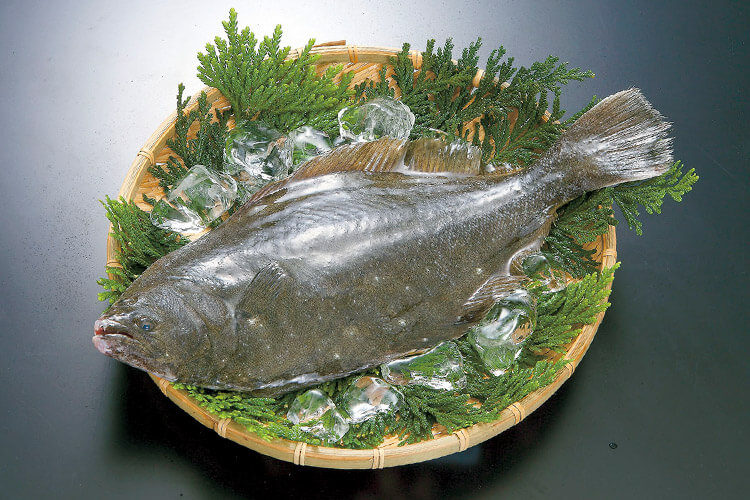 Flounder is the prefectural fish of Aomori. Flounder is a white fish with delicate flesh and a refined sweetness and umami. Its peak season is... more 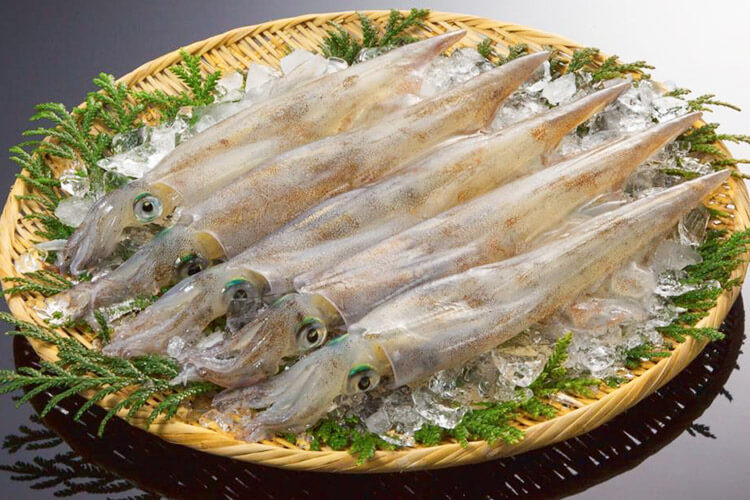 Aomori has great fishing grounds for squid on the northern seas. Though squid fishing is prevalent across the prefecture, the port of Hachinohe boasts the... more 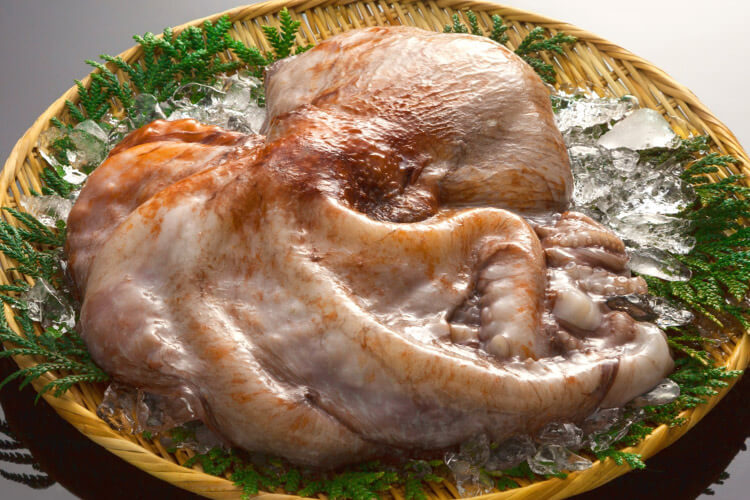 In Aomori, the most commonly fished octopus in the Tsugaru Strait is the North-Pacific Giant Octopus. In comparison to the regular octopus, the flesh is... more 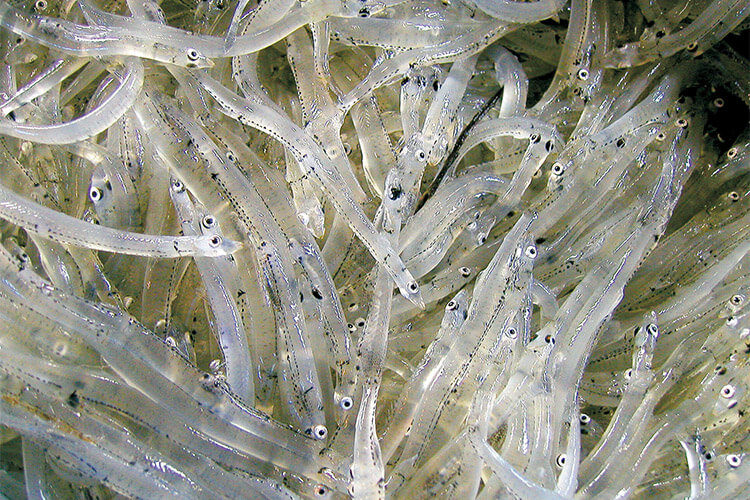 Situated on the eastern part of Aomori, Lake Ogawara is the largest lake in Aomori prefecture. It is a major source of freshwater clams, Japanese... more 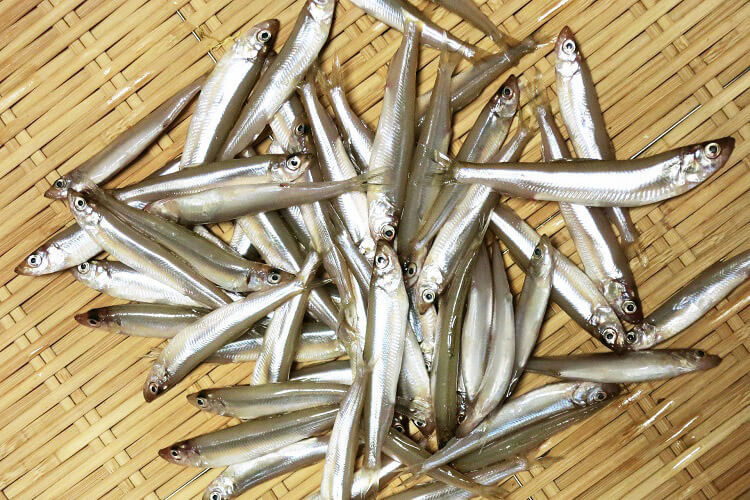 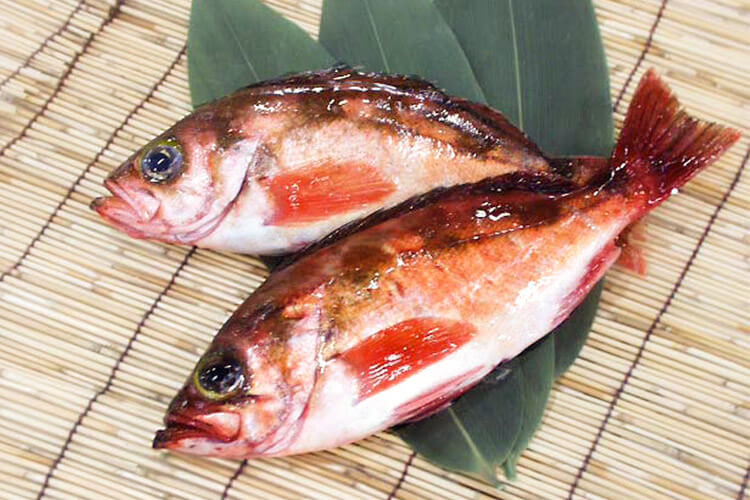 Rockfish, or mebaru, is one of the primary fish found in the coastal waters of Japan. Characterized by their large bulged eyes, rockfish are highly... more 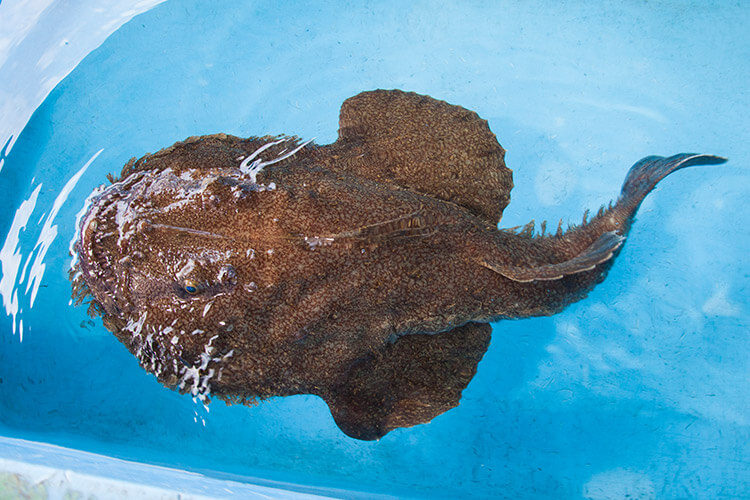 Monkfish, or ankou, is a traditional winter fish in Japanese culture. Despite its unappealing appearance, monkfish is appreciated for its taste in Japan. In the... more